This is a guest blog by Harry Bentley who studied BSc (Hons) Games Design at Bournemouth University.

Harry was awared a Graduate of the Year award for his work by industry body TIGA. Here he talks about his projects and what has kept him motivated during his course.

I joined as a mature(ish) student at the age of 25. Back when I applied for university the first time around 2009, there weren’t many recognised game design courses. It didn’t really feel like a viable career choice, so I ended up studying Chemistry for four years, and after three more years of working I realised it wasn’t for me.

At that point, I realised what I had always wanted to do was make games, and I had an opportunity to retrain. The course at Bournemouth University came highly recommended. I attended an Open Day , applied through Clearing and within two weeks I was accepted. I had the opportunity to work on a lot of projects during my degree. In my first year I made a 2D ARPG called “The Construct” where the player’s head changes to reflect the skill they are using and I made my own pixel art enemies and particle effects. 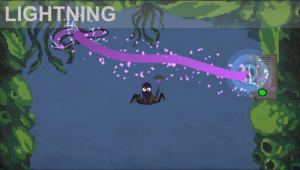 I worked on a voice and touch-controlled game called “Ink and Invocation” where the player controls a squid called “Inky” using voice commands, and used elemental abilities by drawing on the screen using a tablet or mouse.

For my final year project and dissertation, I worked on real-time procedural generation in Unreal Engine. I wrote an algorithm to generate an infinite level with no loading screens, while making sure than all new areas were properly connected. By the end of the project, code that initially took more than 15 seconds to generate a new area ran in 10ms after a lot of optimisations. This meant that the code was viable for running in real time! This was by far the most ambitious and complicated project I worked on. 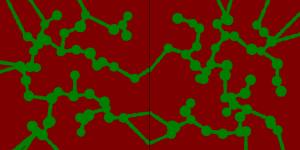 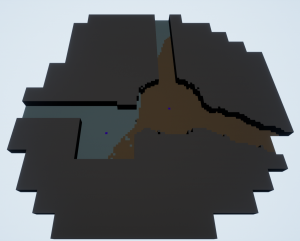 Work and motivation during the Pandemic

2020 was a terrible year for everyone involved. It was the friends I lived with and talked to online that made the past two years bearable.

Motivation has been difficult to come by for everyone, but the thing that has really made the difference for me has been positive feedback from my friends and lecturers. Everyone I have worked with has been incredibly encouraging and enthusiastic, and it’s that encouragement that helped me push through my final year project.

My advice to students past, present, and future: Your career decisions aren’t permanent. If you end up regretting your decisions or have an opportunity to follow your passions, take it!

It is so much easier to dedicate the time to a project you care about, and that’s the only real answer to academic success. Spend a lot of time on your projects, and at the end you’ll have work you can be proud of, and the positive feedback you’ll get will help you make the next one even better.