This is a guest blog by Hristina Zaykova, who’s studying BSc (Hons) Games Design at BU. 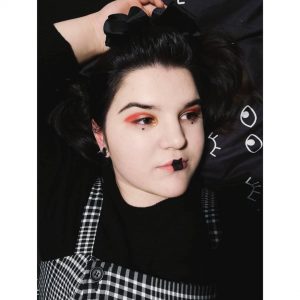 My name is Hristina Zaykova, and I am an international student taking a bachelor’s degree in Games Design at BU. Last year I had the opportunity to take an internship at Imperia Online JSC, as a game designer.

Imperia Online JSC is one of the biggest game production companies in South-eastern Europe with 27 released games. The studio has over 50 million users worldwide and a team of 90+ professionals. The company’s flagship title is Imperia Online – a medieval MMO strategy game, available on mobile, browsers, social networks, and Steam. 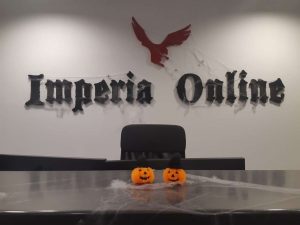 As a game designer I had the chance to work on two of the company’s titles – Imperia Online and Siege: World War II. Some of my responsibilities as an intern included getting familiar with the game and the mechanics, writing game design documents, creating User Interface mock-ups, analysing, and balancing performance of units.

The application process for the internship position was not as hard as I thought it would be. After one call, a video interview and on-site interview, I received a phone call saying I have been approved for the position. Being on a games design course increased my chances of getting an internship in the industry.

On the first day I got to meet my mentor, who helped me improve my presentation and design document writing skills. Over the course of the following weeks, I got to experience what being a game designer in the industry feels like. I got to meet a lot of new people and start some new friendships. I developed a healthy workflow, which allowed me to do my work, analyse the outcome and improve on it in the future.

Effective communication is a key part of the production process. Communication was one of the qualities I improved on the most. Being able to communicate an idea clearly and make it simple to understand for others is key in game design. I learned a lot about the production process and the knowledge I had previously gained from my two years of studies helped me a lot. Being part of the industry made me realise the complexity and effort that go into creating games. 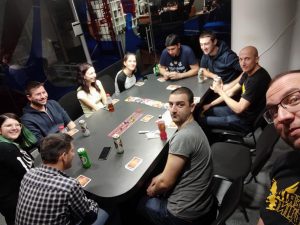 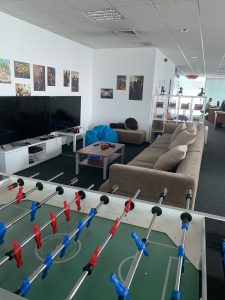 During the last few months of my internship, I had to work from home, due to the pandemic breakout worldwide. This did not affect my working hours, tasks, and workflow at all. The company managed to organise and provide workspace for people, who did not have the resources to work from home. People who did not have a computer, extra monitor – were all provided with one to be able to continue working.

This whole experience has been both a challenge and one of my greatest achievements. I do not think I would have given myself any different advice than the one I did in the beginning of my placement:

“Work hard and eventually your hard work will pay off”.