All the nightlife Bournemouth has to offer 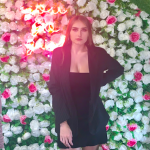 I can’t lie, nightlife and things to do in the area was one of the main factors that helped me make the final decision. It is also one of the main things I get asked by people considering university. So, in this blog I’m going to talk about the clubs and bars in Bournemouth, what night to go where and if you aren’t into clubbing, some other options (pre-Covid obviously!).

There is a huge variety of clubs in Bournemouth, from Lost Paradise at the top of town to Cameo at the bottom, all offering a wide range of music tastes and crowds.

On a Monday you can head to Halo for a Halo Monday or Lost Paradise for a Lost Monday. Halo is a club in a converted church playing a range of music from R’n’B, pop to house with drinks starting from £1.50. Lost Paradise plays a range of R’n’B music and is a cocktail bar that turns into a club. 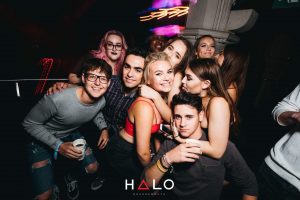 Toast is the place to be on a Tuesday. Hosted at Revolutions, it is a great night out, they even serve toast!

Cameo hosts the biggest event on a Wednesday as this is where all the clubs, societies and sports teams go. With three different rooms, playing three different genres of music there is something for everyone.

Not every week but they’re becoming more often, there is an event on a Thursday called Suddenly Funk. This is one of my favourite events, it plays funk and disco music mixed by DJs, some of who are university students.

You can go to most clubs on a Friday night but the best student night is Lollipop at The Old Fire Station. This is only for students and their plus ones and tickets are less than a fiver. There is three rooms playing a variety of music and multiple bars. It is such a great night out. 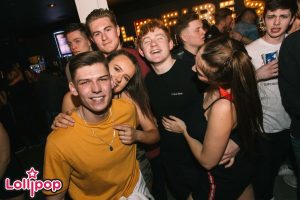 There aren’t many student nights this night but there are plenty of clubs to choose from.

Snakebite Sunday is hosted at Walkabout and is a favourite of many sports teams. You can get pints from as low as £2 and other drinks are pretty cheap too!

Other clubs, bars and events

Eden cocktail bar hosts some club nights or you can go for just some cocktails. Turtle bay is a personal favourite, make sure you get there at Happy Hour for 2 for 1 cocktails! Tonic Social is another bar that offers drink deals in a swanky setting. There are plenty of other bars that do deals and student discount such as O’Neils, George Tapps and The Brass House.

Some of the most popular events that happen in Bournemouth are TechBox (a techno event started by BU students), Apple Bum (an R’n’B and hip hop event) and Triple Cooked (disco, house, bass, garage and more). 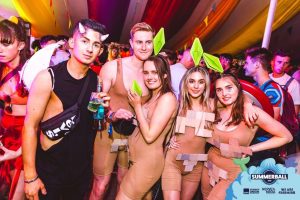 At the end of each year, most universities host a “Summer Ball”, which is basically a big ball and dinner. BUT… Bournemouth Uni hosts a day festival for its students. There is a theme (you can go in costume or not, it’s up to you!), different music tents, an amazing line-up (in my first year the headliner was MK), and food trucks. It’s one of the highlights of the year!

Clubbing not your thing? 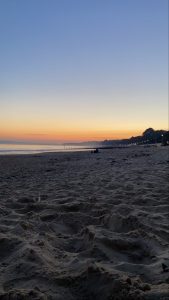 The beach is a great spot for chilling, having a BBQ and a few drinks. If it’s a bit chilly outside then take some blankets and have a fire too. When it’s hot, why not go for a swim and take a picnic and some cocktails.

You could try some fun activities like bowling, crazy golf, or even an escape room.

There are plenty of restaurants and bars in the local area but why not do something fun like a cider tasting rather than just for drinks.