As I stood on the beach feeling the cold air, I had a feeling of fight or flight. The notion that I knew that the water will be cold and will affect me even shock me made me want to stop. With all my might I would fight that feeling and submerge myself within the cold water. The intensity of the cold water hitting my skin made me take deep breaths forcing the air out of my body. The first few minutes I feel the ice water sting my skin, but I keep moving fighting the feeling to flee. My body starts to adapt to the water, and I relax, and surrender to the cold. The feeling is surreal, and I instantly feel alive. 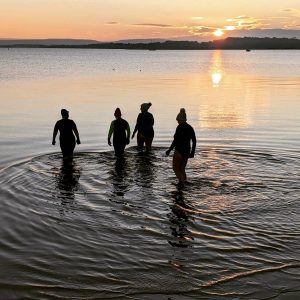 For me getting into the water got easier and I became addicted quicky. It was not the feeling of the cold water but the feeling I got after. Something inside of me awoke and I felt a sense of wellbeing I had not felt for a long time. Sea swimming has now become my release for when I feel stressed. People would stop and watch me in the sea, even take photos, often commenting on the sound of laughter. People I didn’t know started asking to join and the group grew.

If anyone is considering taking up cold water swimming, I suggest researching more about it first. I made sure I did my research finding information about Wim Hof. Wim Hof has done numerous studies into the effects of cold water and the benefits to humans. He is also very open about impact of depression for his late wife. Cold water swimming has been shown to influence mental wellbeing with reported evidence to show it can reduce anxiety and depression in people. Several studies have suggested that cold water swimming has a wide variety of health benefits, including changes in haematological, endocrine function, fewer upper respiratory tract infection and general well-being. 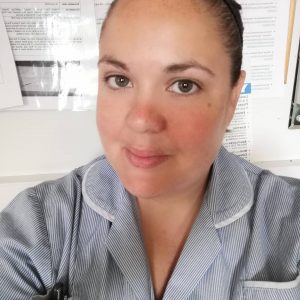 I found that the added stress of being in my final year, placements, online work and dealing with home-schooling my children, I was declining mentally. We are lucky here in Bournemouth that we live so close to the sea I have found getting into swimming has changed me. As students we will have our ups and downs and we will feel the effects. Unfortunately, at a time when university should be our main stress, we are completing it through a pandemic. We need to adapt and take care of ourselves inside and out.