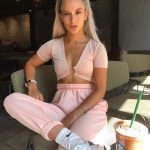 When deciding where you want to go to university, you’ll be considering other things about the town/city other than just the uni itself and fitness plays a big part in a lot of people’s lives. Whether you’re used to going regularly at home, you haven’t been into it but want to join one when you move to uni, or you’re already at BU but want to explore some new options, the local gyms can also be a deciding factor in where you want to go and there’s something for everyone in Bournemouth.

In line with World Health Day on 7th April, here is an overview of some gyms that are a popular choice for BU students to join during their time living in Bournemouth, including the university’s own gym, some cheaper chain gyms, and more expensive clubs and leisure centres.