A day in the life of a BA (Hons) Politics student 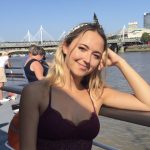 Politics is part of Bournemouth University’s Faculty of Media and Communication, which all takes place at Talbot Campus. It’s a small course, with only about 20-30 students in each year and, due to its interdisciplinary nature, our lectures are sometimes combined with other courses, such as BA (Hons) History and BA (Hons) Communication and Media.

My typical weekday usually starts sometime in the morning, depending on the time of the first lecture. Our lectures are generally in the Fusion Building, so before every morning lecture I go to Costa in the canteen area of Fusion and get a coffee.

Once I’ve got my daily dose of caffeine, my course mates and I make our way to the lecture. Since I’m in the final year of my course, my lectures last for two hours but for first- and second-year students, lectures are usually an hour long. My favourite module this year is by far International Relations, State Power & Public Diplomacy, even though it can be pretty difficult to understand at times.

After the first lecture, we often feel quite brain-dead, so we head to the student bar and restaurant, Dylan’s if we have a break! We usually spend our lunch here as the food is cheap and it allows us to relax and rejuvenate before our next lecture. Alternatively, when I’m running low on money, the Student Shop sells meal deals for £3.99.

I normally have two classes in a working day, but it varies. The next period timetabled in is usually a seminar following topics covered in the previous lecture and is also two hours. These seminars allow us to consolidate the knowledge that we would’ve learnt in the earlier lecture and discuss theories surrounding the subject.

It wouldn’t be final year if I didn’t work at all in the breaks between lectures. I try to make my day nine hours long so as to make the most of my day in uni and be as productive as possible. The Politics course is mostly made up of coursework, which means we always have a presentation to prepare for or an essay to write.

On top of this, in final year we also have a dissertation to complete which takes up most of my spare time while I’m in university so I spend a lot of time in the library, or even the Students’ Union study space if I’m looking for a more relaxed vibe.

As well as our regular day on the BU politics course, we are offered a handful of politics-specific extracurricular activities, such as film club, which is an opportunity to learn about politics and history in a relaxed environment and a discussion at the end of the film; the Politics Society, a great chance to meet others on the course and debate! There are also occasional trips to Parliament and sometimes political institutions abroad.

On the off-chance of an election (although it’s seemingly becoming more regular), the media department recruits students from all sorts of courses to bring together an election event similar to that of televised media, including all-night coverage on the radio, TV and online, and also a Bournemouth University-style Question Time. I was lucky enough to be assigned the role of fact-checker in BU’s ‘Our Time’ Question Time and also political pundit for the radio during the all-night election coverage, which were both amazing experiences that I will take with me to my future career.

If you are interested in international affairs, journalism or just the way the world works, and if you like the way the day in the life of a politics student sounds, this subject is definitely for you! The best thing about Politics at BU is that it offers such a range of subjects to study that we cover everything, and we also get the chance to experience politics in real life in our spare time, which makes the experience so much more hands-on.