My first week at BU: Living at home and meeting new people 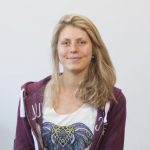 Meet Imogen. She’s just joined us to study BA (Hons) Communication and Media and is going to share her story with you. She was part way through a degree at another uni, when she decided she wanted to go in a different direction, so she wants to tell you what it’s like to start at uni for the second time.

It’s always nerve-racking, isn’t it? Going somewhere new; meeting new people. I guess I could say that I am one of the lucky ones given that I am living at home for my first year. Added pressures such as moving away from home and getting along with new housemates don’t apply to me.  Also, having dropped out of another course at a different university, I already had an idea of what to expect during freshers’ week, so I was pretty comfortable with all of the different enrolment processes. Being home-bound and slightly older, however, did provide me with the worry of missing out on the student life associated with the chaos of halls and therefore not making any new friends.

My expectation of the first week was to be surrounded by flocks of hungover 18-20 year olds, wishing they were still in bed and falling asleep in lectures whereas I, on the other hand, would be that nerdy, fresh-faced student, arriving early on my bicycle, sporting the very attractive fashion of helmet-hair, keen to learn and get stuck in.

However, as nervous as I was when I first bumbled into the atrium on my first day (after getting lost trying to find somewhere to lock up my bike and circling around the building a couple of times, hoping no-one was looking), I was pleasantly surprised to see so many different types of people walking round campus.

Sure, in the distance I could see groups of hanging hoodies, cradling a Starbucks and memories from the night before, but I could also see other people (not so hungover), of all ages and ethnicities wandering around, looking just as nervous as I felt. It is easy to forget before starting that everyone else is going through the same thing and is probably just as nervous as you are.

In an attempt to meet new people, I had already checked out what events were happening and had a list of things I wanted to get stuck into. Having the ‘been there, done that’ attitude to crazy freshers’ nights and not really being a clubbing enthusiast, I concentrated more on the various taster sessions and fairs that were going on during the day. Ultimate Frisbee? Why not. Paint a jam jar for charity? Sure… can’t hurt.  I found that it was a great way to try out a wide range of things as well as getting to know a bunch of different people with similar interests.

The one thing I would say to all new students approaching their first university experience, is to make the most of what’s on offer and don’t be afraid to try different things. There is no obligatory commitment and if you don’t like something, you never have to do it again and it’s a great way to experience something new. Who knows – you might find a hidden talent you never knew you had!