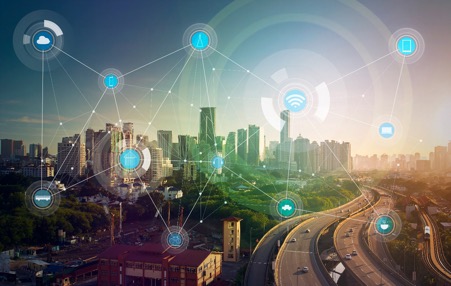 Every second 40,000 searches are being conducted on Google. Every minute 31.35 million messages are being sent on Facebook. Everyday, 95 million photos are uploaded onto Instagram, while a staggering 2.5 quintillion bytes of data is being created right now. Within a click of a button we transfer so much data but often underestimate its capability. In recent times, the false consciousness of ‘privacy’ was highlighted, and our own data was weaponised, manipulated and misused to make democratic decisions.

We have always been aware of our data never being free from invasion of privacy. It has been justified by keeping us safe through ‘government surveillance’. However, we did not know the extent to how our data was being sold by tech giants and used by firms to make political decisions; a form of psychological warfare.

Cambridge Analytica (CA) was a political consulting firm. It was founded in 2013 and was a branch of the Strategic Communications Laboratories (SCL). The company claimed that it tailored messaging by extrapolating personalities of people through surveying to persuade voters.

The exploits were first reported in 2015 by The Guardian. The report claimed that Ted Cruz’s political campaign was using psychological data of millions of Facebook users without their permission. It is worthwhile to note that Facebook also owns Instagram and Whatsapp. The degree of ‘behavioural microtargeting’ was only revealed in 2018 by a former CA employee, Christopher Wylie. He provided first-hand testimony as well as documents revealing how user data from Facebook was deployed in political campaigns around the world, particularly Trump’s campaign and Brexit.[1]

Facebook allowed researcher Aleksander Kogan from CA to have access to 87 million of its users’ data. This was achieved through a Facebook app called ‘thisismydigitallife’ that was formatted as a quiz. Users were paid to take part in this personality quiz, but it also collected data from the Facebook friends of the quiz takers. The data included personal information, the pages people liked, as well as private messages. The data was scrutinised, and targeted ads were shown particularly to the ‘persuadables’; this was a demographic of people in the middle who were not sure who to vote for. These ads involved a mass focus on Hillary Clinton’s controversies, anti-immigration and pro-Trump propaganda. In 2019, new evidence showed that they had also worked on the ‘Leave’ campaign during Brexit by running the website and using targeted advertisements (reference). Further investigations showed that CA also had major influence in political campaigns globally: more than 100 campaigns in over 30 countries such as India and Trinidad.

Facebook failed to disclose the breach and Mark Zuckerberg was called to testify before Congress. He argued that Facebook was not aware that user data was being misused. New privacy policy and strict regulations were introduced, albeit too late. CA strongly denied all the allegations but both SCL and CA have since gone into liquidation. The triggering factor was an undercover documentary conducted by Channel 4 that exposed CA bosses explaining how the organisation operates (reference). This included: scale of their work in Trump’s campaign, fake identities to avoid investigations, untraceable propaganda, honey trapping and bribery.

Many predictions have been made in terms of data in the future. One thing that is clear is that almost every industry relies on it and nothing is immune to it. It is not that data itself is problematic, but rather it is the analysis of it, that makes it an issue. This misconduct has shown a new wave of crime in which no one is held responsible. Data can be created, destroyed and transformed; it can be the solution but in the wrong hands, it can also be a weapon. There needs to be legal developments in this area to ensure protection is at the centre of it.

This scandal has transformed the relationship between tech and politics. It has also made the public aware of misinformation and there has been a rise in mistrust in social media. The truth is that, social media is forever growing and that digital footprints that already exist are hard to erase. A recent Netflix documentary The Social Dilemma showed former engineers from tech giants addressing the disturbing influence of algorithms in creating polarisation in society through businesses often making profit upon disinformation. The examples include conspiracy theories regarding the coronavirus, 5G, climate change, Pizzagate, flat-earthers etc. The amplification of mere hearsay via these tools of persuasion are blurring the lines of what the truth is. Politicians are also engaging in the ‘spread of manipulative narratives with phenomenal ease’ as seen in Myanmar because such platforms allow it. Therefore, there is a lack of control over who we are and what we believe in, and it causes a discord in society. The power of data is the absence of ours.