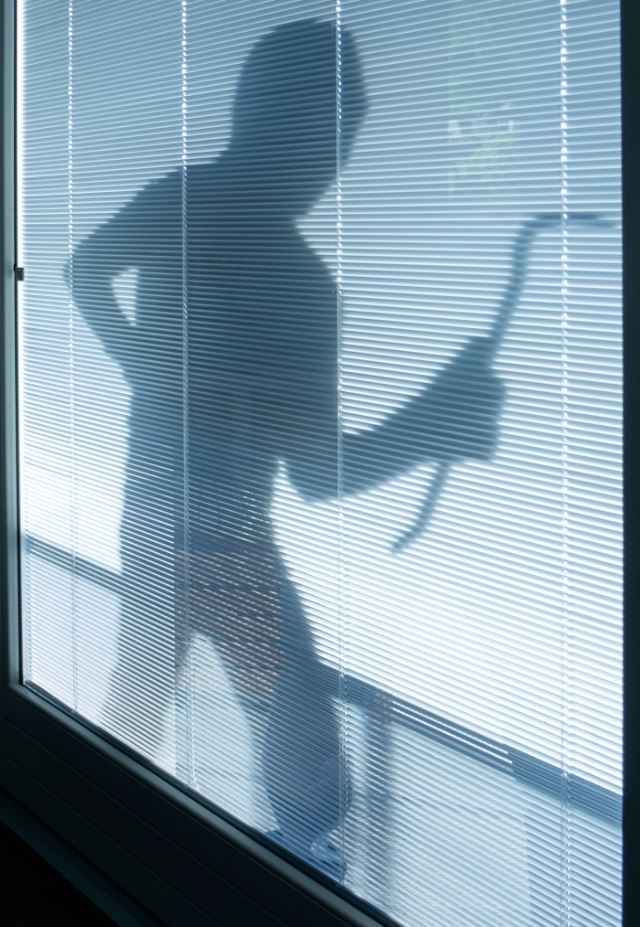 Working on the Bournemouth University Law Review (BULR) has resulted in wider reading in legal areas and a need to keep abreast of legal updates beyond what is needed at relevant levels of study. The focus for this year’s blog posts for BULR is that of criminal law, which led to developing a broad interest in the latest criminal law updates.

A news item published around Easter 2018 recounted the story of pensioner, Richard Osborn-Brooks who stabbed and killed a burglar, who was attempting to steal from his home. In the wake of the burglar’s death his family have continually left floral tributes outside Osborn-Brooks, home. The pensioner was taken into police custody but released without charge following the incident. The 2018 new story surrounding Osborn-Brooks, re-ignites the question on ‘dis-appropriate’ force when used by a homeowner and the circumstances under which such actions can be legal.

This leads us to a consideration of home-owners’ rights which has been a hotly-debated topic for decades. The topic garnered considerable attention in the early 2000s with the case Martin v R [2001] EWCA Crim 2245 which concerned farmer Tony Martin who shot dead a burglar and injured a second burglar as they fled. The case was brought before Lord Woolf, and the right honourable Mr Justice Wright and Grigson in the Court of Appeal, after Mr Martin was sentenced to 15 years’ imprisonment for his actions by the court at first instance.

In the appeal Lord Woolf discussed whether Mr Martin had indeed been hiding with his unlicensed firearm awaiting his chance to shoot the burglars and the extent to which the argument of self-defence can be used. He also mused that the public reaction to Mr Martins prosecution at first instance was general dismay, coupled with the feeling that the law did not adequately support homeowner’s rights. After all, many felt that a homeowner should hold unfettered rights to protect themselves and their properties.

The law on use of force was amended in 2013 by the Crime and Courts Act 2013 which inserted Section 76(5A) into the Criminal Justice and Immigration Act 2008. The statute is now endorsed by common law principles of reasonable force by the homeowner as set out in the case of Collins v Secretary of State for Justice [2016] EWHC 33. At paragraph 13 of this case, Sir Brian Leveson set out a two-fold test establishing (a) the genuine belief that the use of force was necessary; and (b) that at the time the degree of force used was also necessary.

The prongs of the test are subjective, thus allowing for mistaken belief as a defence. Therefore, this also means that an individual who feels under threat in their own home may over estimate the danger they are in or be overzealous when using force as highlighted in R v Oye [2014] 1 Cr App R 11.

A caveat in the law is the ability for a victim of the burglary to plead this defence where they are voluntarily intoxicated. The ability to effectively judge a situation is considered muted when the individual is intoxicated. For this reason, this may not be the fairest solution to the problem as in essence, it would prevent people from becoming intoxicated within their own homes for fear that they could not protect themselves in the event of a break-in.

Despite the memorials being laid outside Mr Osborn-Brooks’ home, there have not been calls from the would-be burglar’s family for justice. This is a departure from R (on the application of Collins) v Secretary of State for Justice [2016] EWHC 33. This case was brought by the father of a burglar who was left in a coma following a failed burglary. He brought proceedings in the High Court under the presumption that a law allowing the level of harm suffered by his son and a second invader during the burglary could not be compatible with Human Rights Law, specifically Article 2 (1), the right to life.

His case was unsuccessful, showing a clear shift from the High Court ruling in 2001 and may explain why the elderly Mr Osborn-Brooks who killed his burglar in self defence was released so quickly.

It may have taken nearly 15 years to fully reform the law to the point it has now reached, and while many people will feel more secure knowing they are able to protect themselves as necessary within their house there will always be those who would see the value in protecting the rights of trespassers.