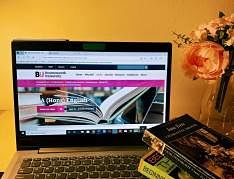 When it comes to finding the perfect course for you, it can be very daunting. However, it doesn’t have to be, as I’m here to give you an insight into the English course at BU, and whether it’s right for you! Before I started university, I was unsure on what career path I wanted to… Read more »

Ricky Santos, a BA (Hons) Scriptwriting for Film and Television student, has won a national radio script writing competition. Ricky, 29, was one of five finalists in Creating Waves 2016, a competition to write a radio ad on the subject of National Accident Helpline’s Accident Awareness Week. Ricky, who was a finalist in last year’s… Read more »

A number of Bournemouth University graduates are celebrating as their work was included in the announcement of Oscar nominees. Graduates from the University’s National Centre for Computer Animation (NCCA) have worked on four out of the five films nominated in the Best Visual Effects Category. Andrew Lockley is among the graduates who could be celebrating on the… Read more »

By Sanita Lustika Third year BU student, BA (Hons) Digital Media Design I’m a final year Digital Media Design student and I’ve been a student ambassador for all 3 study years. Over the time I’ve come to love doing Media School facility tours. I enjoy the atmosphere in the school and at this point I… Read more »

Proudly presenting the students who make up the Corporate & Marketing Communications group within the Media School at Bournemouth University. Our students are here studying Marketing Communications, Politics and Media, Advertising and Public Relations at both undergraduate and post graduate level. Over the years tutors and many people from related industries who get involved with… Read more »

The Media School at Bournemouth University is proud to have a wide selection of professionally media based courses that prepare our graduates for industry. For the past 30 years the Media School has been producing successful graduates who have gone on to achieve phenomenal success within the media industry and beyond, most recently taking the… Read more »

The background The Media School at Bournemouth University offers a full range of media production, journalism and communication, corporate communications and animation courses. For the past 30 years the Media School has been producing successful graduates who have gone on to achieve phenomenal success within the media industry and beyond. The Media School is proud… Read more »