Working as a language assistant in Spain during my placement year

BA (Hons) International Tourism and Hospitality Management student, Kaitlin Jupp from England worked overseas as a language assistant at the Official Language School of Valladolid in Spain during her placement year in 2021-22.

“For my placement year, I decided to divide it into three areas. I worked for AskBU at the university. Then, I worked at a school in Spain and the final part of my placement will be an Erasmus Exchange in Finland.” 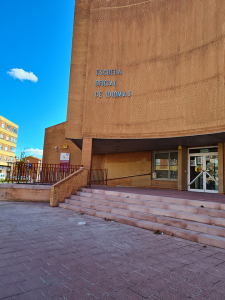 “The school in Spain offer classes for a whole range of languages: Chinese, German, French, Italian, Portuguese, Spanish and English. They had a language assistant for each language, except Spanish and German. The students range from 16 – 75 years old. Most of my classes were in the evening, so during the day I would study Spanish, explore the local area, or teach private classes to earn some money.”

“During my experience, I learnt to become much more independent. I became more comfortable being on my own (for example, travelling through airports or other locations in Spain) and dealing with problems on my own (such as language barriers, or when I had minor issues in the airports). I was also able to massively improve my language skills, as I went from a Spanish level of A2 to B1 in just 2 months.” 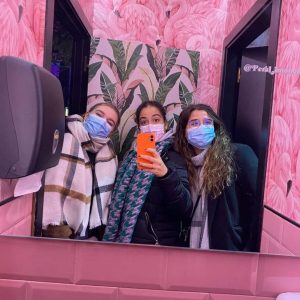 “I made many friends from all over the world during my placement. I met them through my job, Spanish classes, Erasmus trips and even joining Facebook groups for Language Assistants in the area. It was really great to meet people from so many countries and learn about their culture, and I learnt a lot through them. I became very close with the other language assistants from my school, and we frequently met up for dinner, drinks or even to practice each other’s languages.”

“My time in Spain has helped me to define my future career and I discovered that I have a deep love for learning languages. Now, I’m learning Finnish for my time in Finland, and I am certain I wish to have a career either teaching languages or living abroad (or both!). I would definitely return to work as a language assistant again and I would recommend this experience to anyone looking to learn a language and discover a new culture!”

You can find out more about Kaitlin’s time in Spain on her personal blog.

If you are interested in working overseas during your placement year, information about acquiring funding to support you is available on the BU website.