The Placement Year can be complicated…

When I was bought up, I was always told by my parents to expect the unexpected. Over the last year, I have certainly encountered that. 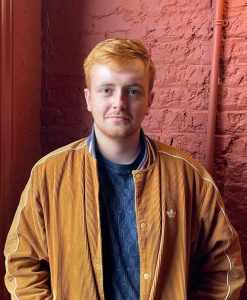 Originally with my course, I was meant to undergo a mandatory full 12 month industry placement — but due to Covid, the requirement was reduced to three months. I had a Music PR placement lined up at the back end of August 2020 which fell through. This was very disappointing but I was eager to gain any invaluable experience from working within the industry.

Luckily, through previous networking, I managed to secure a three month placement (unpaid) with a Film Producer who needed an extra pair of hands. I was not familiar with the Film industry and in all honesty had no particular interest in it, but I had to make a compromise.

I said to myself that gaining some experience is better than none at all. So I completed the three months, which helped me gain that important insight and experience in the work place.

A few weeks after my placement, I received a call from Ryan Gannon and Nico Dösser, Co-Founders of ‘Scouty’, a Film & Photo Location Marketplace. I had liaised with them on a couple of projects from my previous placement, and they heard that I was currently without any work. They offered me a paid placement as part of their sales team securing new locations, it was an offer I could not refuse. I joined Scouty in the new year, originally I worked from home but later moved into an office environment. You could say that I was ‘Scouted’.

Maybe the Film & TV industry is for me?

Even from my first week at Scouty, there were a few things I learned about myself — one, was that I had a decent ability to show initiative without much guidance and two, the realisation
that the Film industry could be the one for me.

At Scouty, my day-to-day tasks would be approaching new locations from around the UK, trying to get them listed to the platform. Such locations would include film & photo studios, houses, flats, churches, car parks, boats, private jets, farms — quite literally any unique location where a shoot could take place. Selling Scouty was easy, it has a great business model that is similar to Airbnb but for shoot locations, its completely free to use and they only take a 10% commission when they’ve secured bookings.

The great thing about working at Scouty is the working environment, everyone encourages new ideas, which creates a really good proactive atmosphere. Scouty is a relatively new business, launched in 2020 so we’re all learning everyday and trying to execute different strategies to better the business.

Some of my stand out moments at Scouty have to be securing some big locations that have been used in big feature films and TV shows for example: ‘Temple of Peace’ which was used in Sherlock and Dr. Who and Chatham Historic Dockyard which was featured in Bridgerton and Les Misérables. When you secure big locations, it’s a joyous feeling! I’ve also had the opportunity to undertake other tasks rather than sales, whether that’s writing press releases or facilitating recces for big corporations like BBC and Google.

My advice on how to secure a placement

It can be easy to get stressed out when placement hunting, but try your best not to. Have faith that one will come along and also, be open to something a little bit different to what you first had in mind. Reach out to different companies and people from different industries but similar roles, go to networking events. Even if you don’t secure a placement from doing this, at least you will improve on your communication skills and most of all, develop your confidence.