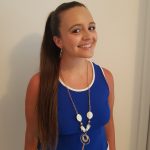 Written by Harriet
from England

So you’ve decided to do a Master’s degree? That’s great, but, the next step is to actually decide what you want to study! Most people, when deciding to study further, have an idea what they want to study next, but that can be vague and half-formed. I didn’t have any idea what I wanted to do next – whether that be study further or find a job – until partway through my final year of University, when I took a course in Screenwriting , and it all clicked for me. Below, I list my reasons for choosing an MA in Scriptwriting at Bournemouth University.

First and foremost, studying an MA in Scriptwriting has provided me with the

opportunity to network with a wide range of different people. What makes Bournemouth so different from other Universities, with

similar degree opportunities, is the possibility to network. Not just with fellow MA Scriptwriters, but, also with people studying MA’s in Producing for TV and Film, Producing for Radio, Directing, Cinematography, Editing and Sound Design from a wide range of backgrounds. Meeting so many people, with such an array of unique experiences and stories, has been an amazing experience for me.

Secondly, MA Scriptwriting has provided me with the freedom to write many short-and-long-form projects, which includes short films, radio dramas and a feature film over a variety of genres and predominantly in collaboration with other MA Media Production students. This has given me vital experience in writing scripts to a deadline and with regard to budget and scheduling expectations, which are important skills to have when entering the Production industry itself.

Thirdly, and finally, the weekly seminars with tutors have provided me with critical feedback from both the lecturer and my own peers. Itis important to both give and receive feedback, as an aspiring Scriptwriter, because it has provided me with the ability to critically analyse my own work and edit accordingly.

I believe that this course has helped me to discover my individuality as a writer and it has enabled me to have aspirations for the future.