“You alright?” Observations of an Indian in the UK 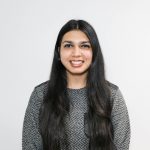 Produced by Sujata
from India

Hi everyone! I am Sujata from India and I am currently studying MA Media and Communication at Bournemouth University. In this blog I am going to talk about the various interesting facts I’ve learned about the UK since moving here. There have been lot of funny incidents that I’ve experienced which have given me a greater understanding of the culture.

The first thing that I found amusing was the way that people in UK simple say “You okay?” or “You alright?” instead of saying “hi” or “hello”. This was very weird for me, as back home in India we don’t say anything like this. We always say either “hi” or “hello” followed by “how are you?” The first time someone said “you okay?” to me I became very self-conscious and thought that there was something wrong with my appearance, or maybe I was looking tense and that is why the other person asked me if I’m okay. It was very confusing but I eventually got used to it and understood that it is just an informal way of saying “hey, how are you doing?”

Calling everyone by their name

Something else that was particularly amusing to me is that Brits call everybody by their name, regardless of their relationship. Your classmates, your seniors, your lecturers, your boss… Everybody is called by their name!

I thought that, as the UK is famous for its fish and chips, there would be lots of British restaurants and not a lot else! However, the case is different in Bournemouth and the surrounding areas. There are lots of different cuisines available, like Chinese, Greek, Lebanese, Indian, Italian and many more. There are still plenty of fish and chip shops, but you also get so much other diversity in terms of food.

It is considered very rude to walk in to your lecturer’s office without having a prior appointment, and also I’ve found that my lecturers prefer having discussions over email, as opposed to over the phone.

People in the UK are always standing in queues, whether they’re at the bus stop, supermarket, cinema, or restaurants, and I like this a lot as it actually keeps things organised.

All these things are based on my observations and incidents that have happened to me since I’ve been in the UK. It’s always fun to go to different countries and experience things oneself as opposed to just reading about them on google. These are all based on my personal experience, so I don’t know whether you will find it different from your country, but a lot of these caught me by surprise!