Life as an LGBTQ+ individual in Bournemouth 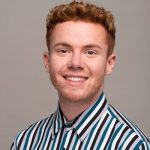 The autumn of 2015 was a time of drastic change for me… I had finished my studies at sixth form, moved to university and decided to come out publicly. Coming to uni as an openly gay man was a refreshing yet daunting task, having kept that side of my life private from those around me for many years. For the first time in my life, I felt confident to start fresh somewhere new and be explicitly me. I found a relationship and decided that was the time to tell my family, friends and everyone around me. Now, four years on, I couldn’t be prouder or happier of that decision.

I grew up in a tiny village in West Sussex and spent most of my time socialising as I grew up in and around Brighton – a place known for its diversity, inclusivity and support of all people, especially the LGBTQ+ community. So, coming to Bournemouth, a place totally unknown to me, I was a little apprehensive about being so openly myself when first arriving. Thankfully, I was greeted with nothing but love and support, and most did not even bat an eyelid. Is that because of being surrounded by people my age, who generally tend to be more accepting? Is it because of the demographic? Who knows… but I’m glad either way!

People have asked me throughout my four years as a student ‘is there much support there for LGBTQ+ people?’, Thankfully, my answer is yes. And for that, I think there are several reasons. The first of many is the students’ union, SUBU. Through a combination of efforts including SUBU advice, the annual Student Pride event, and democracy and equality department, students are unquestionably supported and represented through their time at Bournemouth. There are campaigns, groups and entire departments of SUBU focused on supporting and bringing together students of varying backgrounds, including members of the LGBTQ+ community. Particularly, the LGB and the Trans & Non-Binary campaigns work tremendously hard to make sure members of these communities have a clear voice.

Secondly, is Bournemouth University’s efforts to be a diverse and inclusive environment. This blogging platform, for example, is a place for student bloggers to share their thoughts, opinions and experiences freely. Additionally, there is a student wellbeing service available to all students for when life gets on top of you – which can be a great help for those in a time of need.

Finally, it’s Bournemouth as a destination. The ‘BourneFree’ event which happens in July of each year and is supported by Bournemouth University. The weekend is a “celebration of all diversities across Bournemouth” as described by the organisers themselves, which focuses on providing a weekend of joy and entertainment for LGBTQ+ members and allies. This of course correlates with Pride season, which sees similar events take place across the UK – with notable events happening in London, Brighton and Manchester. But, for those looking for something more local and a little more accessible – BourneFree is the perfect weekend plan.