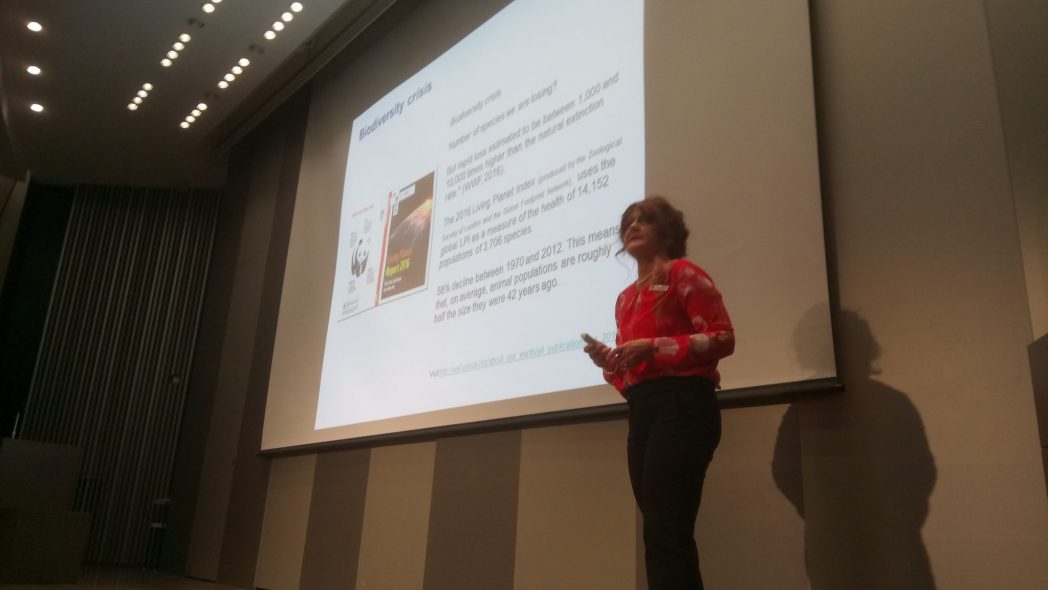 Between the 7th and the 17th April 2017, Dr Susanna Curtin was invited to Meiji University in Japan as a visiting scholar.  Here she was the keynote speaker at Wildlife Tourism Symposium organised by Associate Professor Tom Jones of Meiji University and APU. Her keynote was entitled ‘The Call of the Wild: Opportunities, Practices and Dilemmas of Wildlife Tourism’.  She also held a workshop for the Masters’ students where she discussed tourism and the commodification of wildlife.

Whilst in Japan, she visited a number of nature and wildlife attractions.  Her travels took her up Mt Takao and to Kyushu, the most southwestern of Japan’s main islands. Kyushu is known for its subtropical climate, its active volcanoes, beaches and its natural hot springs such as those at Beppu where she stayed.

The focus of the scholarship, apart from the keynote and the classes, was to develop a new project with her Japanese colleagues to study the sustainable management of food provisioned wildlife attractions such as Japanese monkey parks.  In Japan, Japanese macaques, also known as ‘snow monkeys’ are fed several times a day which attract the monkeys down from the mountains so that visitors can watch them.  Although this is a popular, and no doubt lucrative tourist attraction, food provisioning can cause several problems such as over-population of monkeys, increased inter-group and in-group aggression and habituation to humans.

One of their colleagues, Haruko Masuo, has 15 years’ experience as a government-licenced tour guide and works at the world-famous Jigokudani Wild snow monkey park, near Yamanouchi in the Nagano region.  Here she has found that tourist numbers have increased mostly due to international tourists who visit the park. Whilst there is a historical acceptance of food provisioning for the monkeys in Japan, some international tourists feel that it renders their wildlife experience as inauthentic and unethical.  Moreover, there are an increasing number of aggressive monkeys who target tourists and their picnics.  Susanna’s, Tom’s and Haruko’s project, and subsequent papers, will explore tourist experiences and management policies to challenge this type of attraction and suggest a more sustainable approach to wildlife park management.