John Edwards originally trained as a chef and, following experience in the foodservice industry, was commissioned into the Army Catering Corps where for 25 years he held a variety of technical appointments in the United Kingdom, Australia, Cyprus, Germany, and the United States. He retired with the rank of Lieutenant Colonel.

He has degrees in Foodservice Administration (BSc Hons), Food Studies (MSc) and a Ph.D. in Food Studies with Human Nutrition; the latter being followed by a Post-Doctoral appointment in the United States of America as a Principal Investigator at the US Army Research Institute of Environmental Medicine.He has written extensively on various aspects associated with foodservice.

Bent Egberg Mikkelsen is a Professor in Nutrition and Public Food Systems at Aalborg University in Copenhagen. He holds a M.Sc. in Food Science from the Royal Agricultural University, Copenhagen and a PhD in Social Science, from Roskilde University. He teaches Foodscapes Project Management and Planning and Conceptual and practical food choice architecture intervention development at the university. His research field is public health nutrition and sustainable public food systems. He is principal investigator on a number of interventions in foodscape settings and have assignments on nutrition at schools and hospitals for a number of intergovernmental organisations. He is associate editor of Public Health Nutrition, scientific advisor for the Norwegian Research Council  and Chair of EU expert committee for the school fruit scheme (SFS). He is a member of advisory boards of ProMeal and VeggieEat projects and the scientific panel in the Sapere network. He is the Member of the Management committee COST action IS1210 and the vice-president in the Food & Nutrition section of EUPHA. 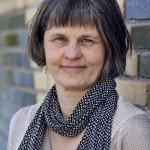 Gitte Laub Hansen is currently executive manager at the department of Prevention and Information at the Danish Cancer Society, responsible of projects promoting healthy eating, physical activity and obesity prevention. In 1982 Gitte Laub Hansen graduated as food scientist and in 1991 gained her PhD in human nutrition and epidemiology, both degrees are from Copenhagen University. Her thesis dealt with psychological and social aspects affecting dietary habits. Gitte Laub Hansen has been a central figure in consumer and nutrition education and healthy eating campaigns in Denmark, first at National Consumer Agency later in the National Board of Health. Through her work as the National Consumer Agency’s member of the 6 A Day board of directors, and later as the representative of Danish Cancer Society in the whole grain partnership Gitte has become an active proponent of the positive role of Public-Private Partnerships in achieving sustainable change. As a member of the Danish Nutrition Council and working groups in the Nordic Council of Ministers she has contributed to the development of National and Nordic Action Plans against Obesity. Gitte was the acting director of the R&D at Metropol University College. Later Gitte was project manager for  Canteen TAKEAWAY project hosted by the Danish Cancer Society on a grant from the Danish Strategic Research Fund. 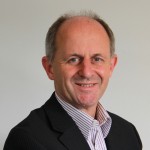 Lucas Noldus holds an MSc in behavioural biology from Leiden University (1983) and a PhD in behavioural ecology from Wageningen University (1989). He is the founder and managing director of Noldus Information Technology and director of Noldus InnovationWorks, the company’s research and innovation division. He has 25 years of experience in tools development, consultancy and training. He has authored numerous peer-reviewed papers and conference presentations about methods and techniques in behavioural research. Lucas Noldus also serves as vice president of the Netherlands Academy of Technology and Innovation, secretary of the Man-Machine Interaction Platform, and chairman of the foundation “ICT for Brain, Body & Behavior” (i3B).