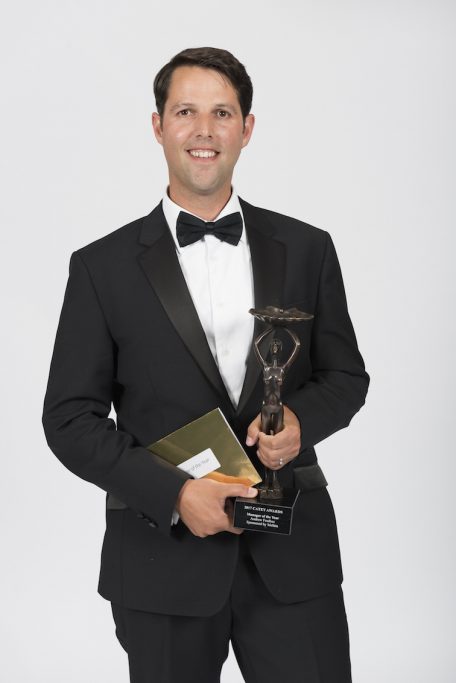 BU Hospitality graduate Andrew Foulkes was awarded the 2017 Catey ‘Manager of the Year’. This tops of a very successful career to date that began at The Castle in Taunton, followed by six years at Le Manoir aux Quat’ Saisons, then two General Manager roles with Brownsword Hotels at Gidleigh Park and Bath Priory Hotel before joining the Abbey Hotel in Bath where he is now General Manager.