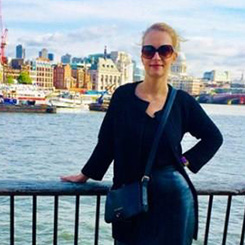 Since graduating with a Master’s from BU in 2007, Alma Becirovic has forged a career in digital project management which has led to her being recognised as one of the country’s leading freelancers, working predominantly in East London’s Tech City – the UK counterpart to Silicon Valley. Having completed her first degree at the Academy… Read more »