What the Academic Scholarship meant for me 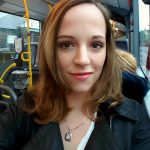 Produced by Luca
from Netherlands

Once you have decided what subject you want to study, it can be tough choosing universities; especially if you have received multiple offers. While there are many considerations to be made, such as the quality of the university, the experience of staff, the location, etc. One of the biggest concerns will always be money.

When I decided, as a Dutch EU student, to do a Scriptwriting MA in England I applied to multiple universities across the UK. While Bournemouth University was already at the top of my list, it was still a tough call when I got to choose from different offers. At a first glance the tuition fees for all places seemed equal, but I forgot to look into something quite important: Scholarships.

Not long after I got accepted at BU, I received an email saying I was awarded the Academic Scholarship worth of £2000 on tuition fees, because I successfully finished my Bachelor’s Degree with Honours. It meant that the total tuition fee for my full-time Master’s went down from £8000 pounds to £6000 pounds; which is a lot less than any of the other courses I had been looking into.

I didn’t even know that this scholarship was offered when I applied to BU. But as a scriptwriter I don’t expect to find well paid work immediately after graduation. The Academic Scholarship allowed me to feel more secure; as I now have a buffer that will allow me some time to find work and still be able to afford my rent for a little while. It also means I ended up with a lower student debt. I can imagine that for many other students, this can be a game-changer as well.

So if you’re someone who is thinking about applying to Bournemouth University, and you have a UK or EU nationality, know that you might be eligible for The Academic Scholarship as well, and let that weigh in with your decision.  BU offers several other scholarships for EU/UK students as well that are worth checking out, for both undergraduate as postgraduate courses