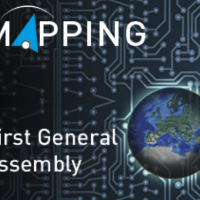 On 22-23 September 2015, Dr. Dinusha Mendis was invited to the First General Assembly of the FP7-funded MAPPING Project.

The event brought together stakeholders from three key areas including Internet Governance, Privacy and Intellectual Property.

Dr. Mendis took part in the Intellectual Property Panel and contributed to the discussion in the Panel titled ‘The EU IP Reform: Unlocking Culture, Stimulating Progress’.

The Hannover 2015 General Assembly also hosted a panel presentation by the new UN Special Rapporteur on Privacy, Professor Joe Cannataci; his first public speech before a live audience since he took up this new UN mandate on 1st August 2015.