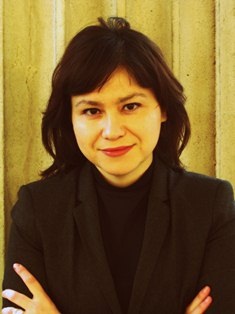 On 15th April 2014, Argyro Karanasiou presented her paper “The World’s Fair 2014: Internet of Things, Internet of Rights?” at the 29th annual BILETA conference.

In 1964, Isaac Asimov in his article ‘Visit to the World’s Fair 2014’ envisioned how New York World’s Fair of 2014 might look like. Just as Asimov predicted, smart technology is
now an indispensable part of everyday life, becoming more and more ubiquitous. Google’s latest acquisitions, Boston Dynamics, Nest and DeepMind , demonstrate well
the company’s intention to build a “real life internet”, namely a seamless network of devices making use of their owner’s data. The paper takes a sustained look at the
Internet of Things (IoT) and discusses the implications the wide use of each individual’s data might have for human rights law, an area often overlooked or considered only as an
ethical question. The paper begins from already expressed concerns on privacy and goes further to discuss whether the IoT may claim countervailing free speech rights: can it be
argued that the machines ‘talk’ or that algorithm is commercial speech? The current tendency to grant corporations constitutional protection under the First Amendment is
investigated in the context of advances in the IoT. It is contended that in the near future, instances of techno-Lochnerism will appear, something that may further blur the
edges of human rights theory.