BUARC has been working with the New Forest District Council to identify new areas of land suitable for proposed cemetery extensions. We have been working alongside council staff, as well as the New Forest National Park Authority’s advisors, on a number of projects where our fieldwork and survey services have been utilised to excellent effect. 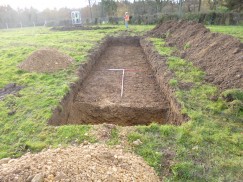 We have carried out Written Schemes of Investigations, Desk Based Assessments, Geophysical Survey, including Gradiometer survey and Ground Penetrating Radar (GPR), and Archaeological Trench Evaluation in a number of areas in the New Forest, adjacent to existing cemeteries, as well as investigating the potential of new sites.

A combination of these techniques have been put to very good use to assess the archaeological potential of proposed sites, as well as identifying vacant areas within an existing cemetery in Beaulieu. We have also been working with our academic colleagues at Bournemouth University’s Department of Archaeology, Anthropology and Forensic Science who were also involved in some aspects of the Geophysical Survey projects.

BUARC staff once again braved the elements and returned to work on the beautiful Flat Tor Pan in Dartmoor National park.

This involved an Archaeological Watching Brief on the restoration work being carried out by The Dartmoor Mires Project team. This is a continuation of work which ran from August to October 2014.

Flat Tor Pan is also the location of a plane crash which occurred during the training flight of the Sea Vixen from the Royal Navy Air Squadron on the 31st May 1965.

The BUARC team have completed post-excavation on a Late Bronze Age-Early Iron Age settlement north of Wimborne, Dorset. The project was carried out on behalf of Bloor Homes Ltd on a proposed residential development for the area. 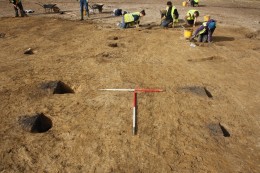 The findings from the site, located on an elevated land with extensive southerly views towards the river valley, provide an invaluable addition to the understanding of the prehistoric landscape of the area.

Over a thousand sherds of pottery were recovered during the project, the majority of which date to the late Bronze Age-early Iron Age period, consisting of mostly flint-tempered or sandy ware, while calcareous and grog-tempered fabrics were also recovered in small amounts.

A total of 188 pieces of worked flint were also recovered during the fieldwork. Finds included: a dihedral burin, a number of blades, cores, a leaf shaped arrowhead, an awl, several end scrapers, an end and side scraper and a side scraper, as well as two fantastic elongated and facetted axes dating to the Mid-Late Neolithic period.

BUARC staff completed their Emergency First Aid at Work training, organized through Bournemouth University and EFA Training. Safety of all staff is paramount to the team especially when working in remote locations or around heavy machinery.

All fieldwork staff hold CSCS cards and risk assessments are completed and updated before each job commences.

BUARC has also completed its annual renewal of the Worksafe Contractor Membership Certificate recognised by SSIP (Safety Schemes in Procurement).

In addition to the digitisation of site drawings covered in our last blog entry, our post-excavation department staff have also been processing the finds recovered from the Park Farm dig.

This involves sorting and cleaning the various artefacts which were recovered by volunteers through a combination of excavation and systematic metal detector survey of the site. Once the finds have been cleaned, the process of creating a photographic record then commences.

Below are a selection of the artefacts, which give a real insight into the typical objects involved in everyday life at the Needs Oar Point advanced landing ground at Park Farm on the Beaulieu Estate.

*Note that you can click on the photographs individually to enlarge and view them in detail. 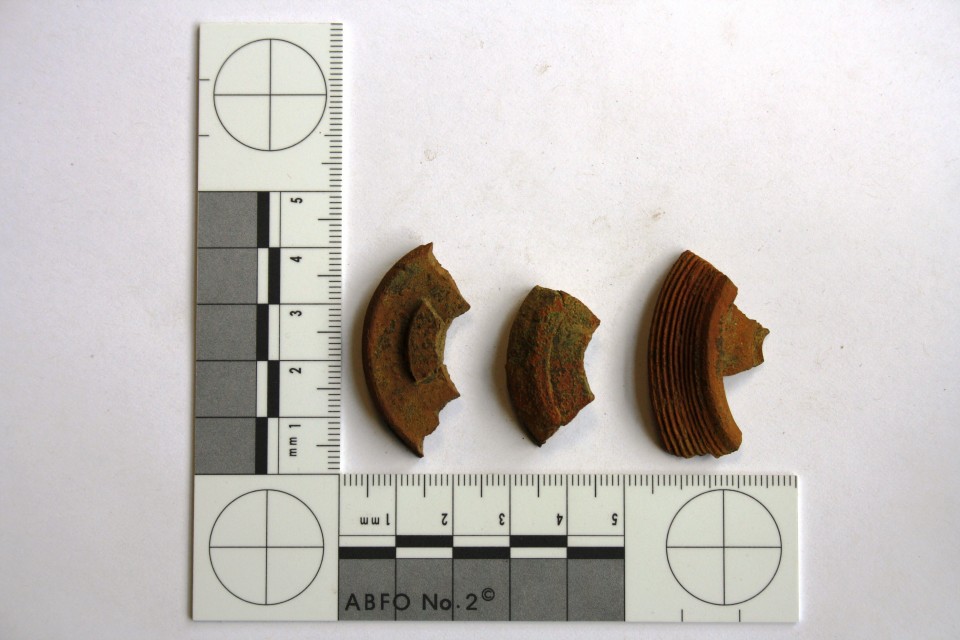 Buttons – note the example on the left bears regimental insignia 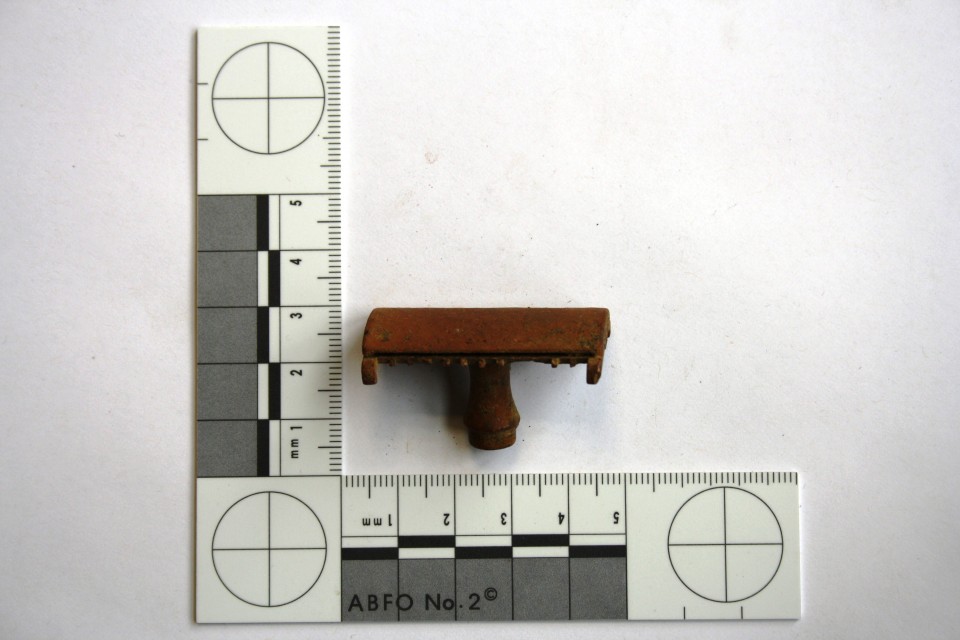 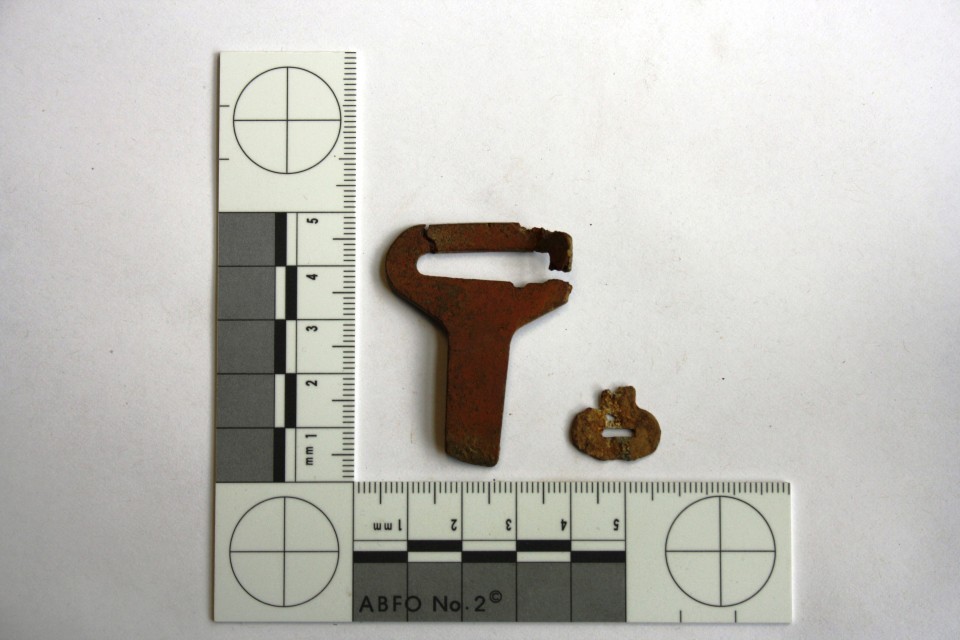 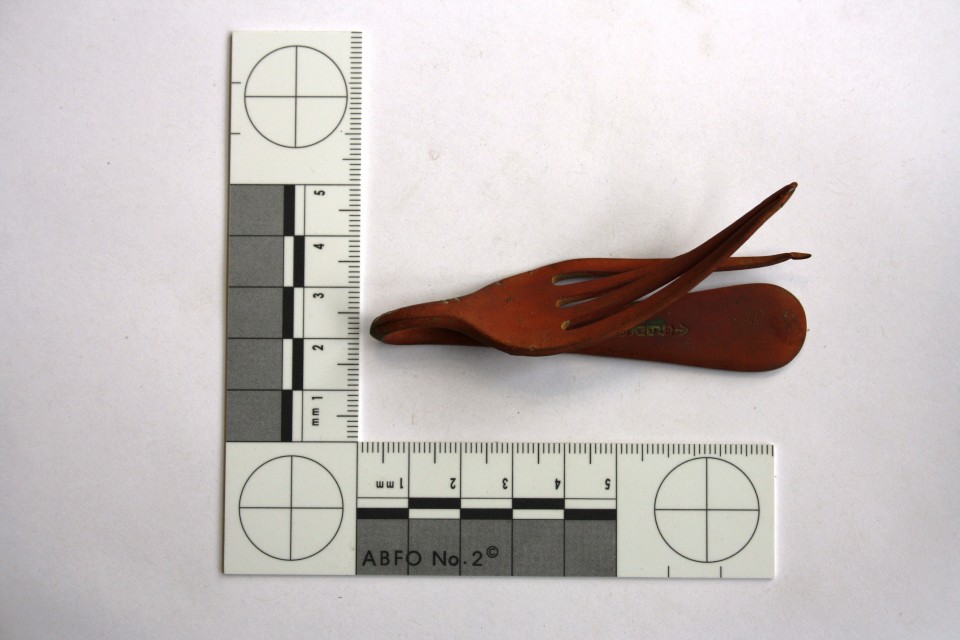 Dart barrels – presumably lost during recreational downtime at the airfield