Bournemouth Archaeology is currently engaged in an exciting renovation project of an early fifteenth century Grade II* Listed Manor House, near Romsey in Hampshire. The building has seen considerable alteration and additions to its original form and is currently in use as a school.

Working in conjunction with the client, architect and Conservation Officer, Bournemouth Archaeology’s Historic Building Specialist Team has been carrying out a historic building survey and recording project, making a detailed photographic and written record of areas of the building being affected by the proposed work in accordance with the requirements of the Notice of Listed Building Consent.

One of the school’s buildings, which is currently being refurbished, has a fascinating history and dates back to at least the 15th century.

The exposure of previously hidden elements of the buildings structural fabric has provided a rare opportunity to look at the phasing of the building and understand how it was built, looked and functioned throughout the centuries.

The next stage of the project will involve taking dendrochronological samples from some of the principal timbers in the building, which have been inaccessible until now. The results from analysis of these samples along with observations made during the recording will be used to compile a Heritage Statement which will document the buildings chronology of phases, which until now has only been possible to a certain degree.

During the final phase of the project we will be providing a series of archaeological investigations in the form of a watching brief during excavations for services in the gardens. The vertical timber in this photo is a corner of a medieval hall house, and the earliest phase of the building. The horizontal timber on top of it would have supported the principal rafters of the original roof structure, which is now long gone. 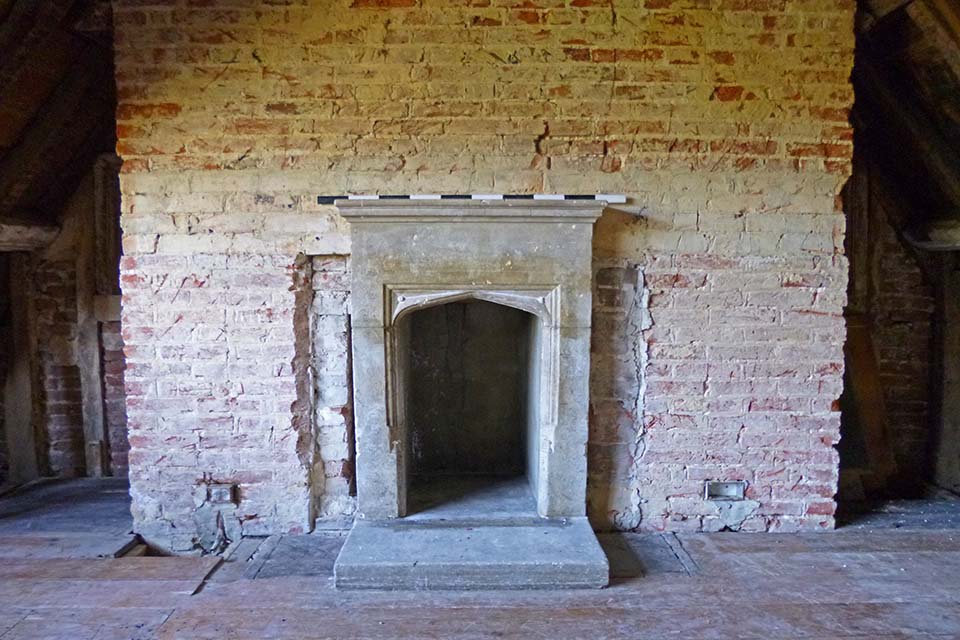 The removal of plaster from this chimney breast shows the fireplace has been reconfigured at least three times.

This early post medieval window had been covered over and forgotten about. It is a lovely example of what can be found during the renovation of a historic building. 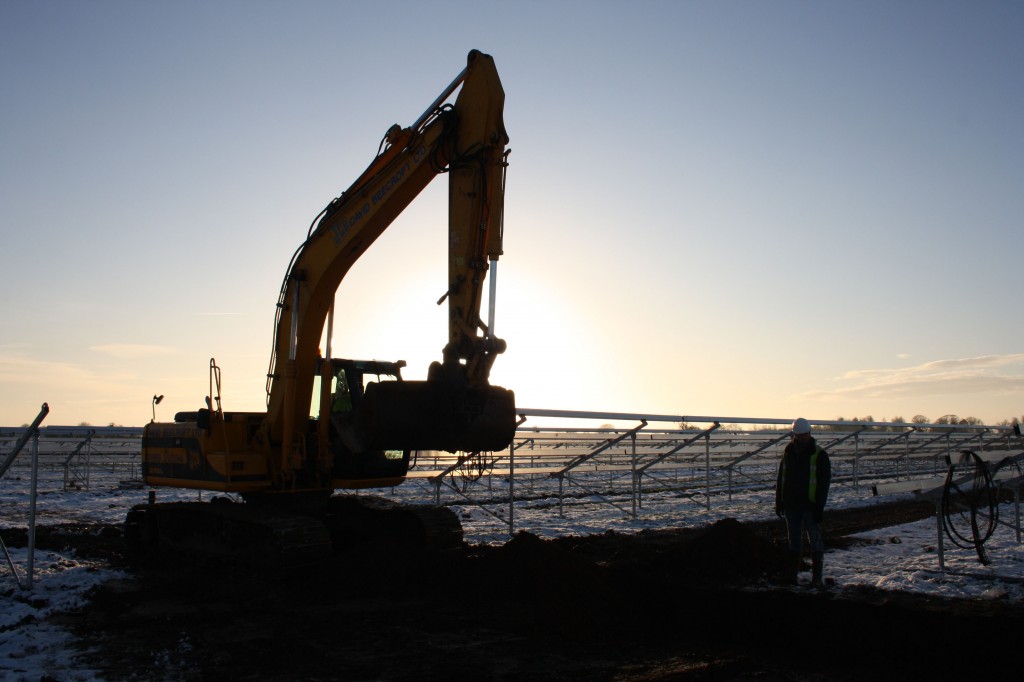 Bournemouth Archaeology has just completed an archaeological mitigation project for one of the UK’s largest solar PV installations, situated at Shelswell Park, near Bicester in Oxfordshire. The 15ha site will have around 18,000 solar panels and will be capable of generating enough electricity to power around 1,000 homes.

Working closely with Oxfordshire County Council Archaeological Services the project involved geophysical survey of 15ha of farmland using a magnetometer, followed by a Strip, Map and Sample evaluation project and watching brief during the installation. It’s been cold and wet and conditions have been suitably wintery for the time of year but the results have been amazing. The magnetometer survey identified a series of anomalies interpreted as Prehistoric enclosure ditches, round houses, hearths, kilns and field boundaries, as well as a trackway that may have linked two deserted medieval villages close to the site. Casual field walking identified a number of clusters of flint artefacts which complimented the geophysical survey. 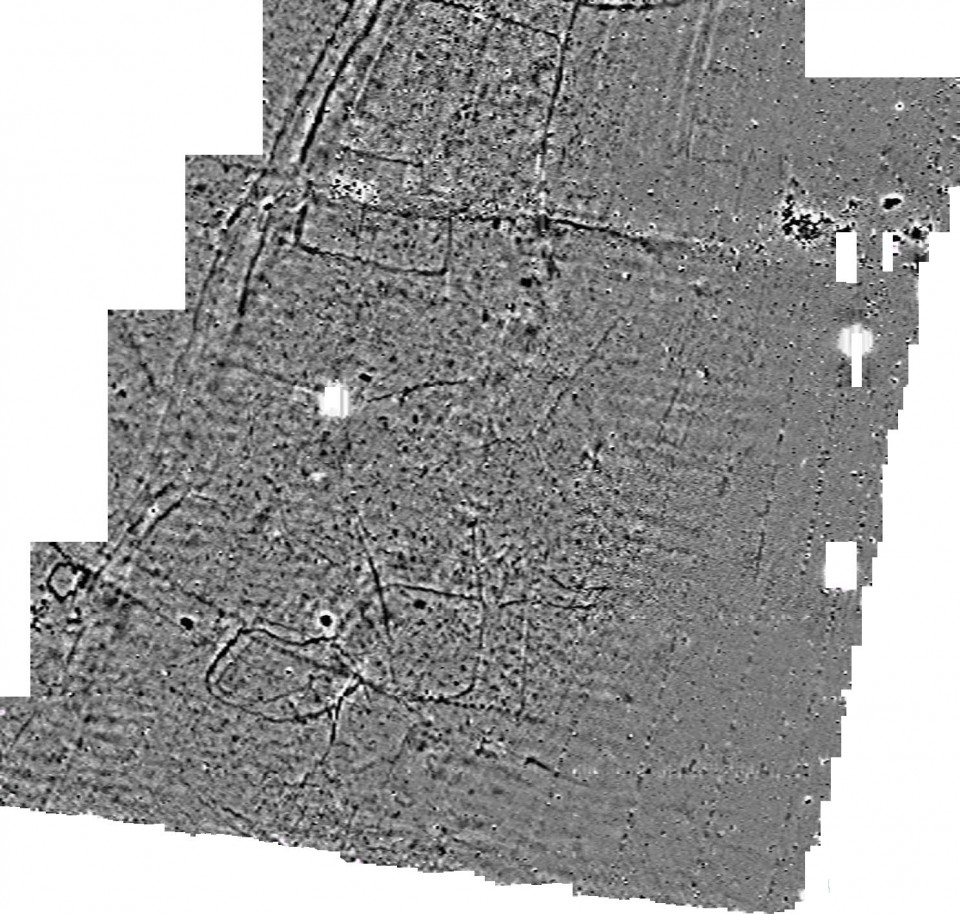 The results of the excavation and watching brief revealed there were two geographically separate settlements on the site, dating to the Bronze and Iron Ages. The southernmost settlement had moderately sized enclosure ditches as well as a number of post holes and pits attesting to domestic activity. Although only a small number of finds came from these features, enough pottery was recovered to enable us to date it to the Bronze Age. The Iron Age settlement covered the northern part of the site. In this area we found some substantially sized ditches, rings of post holes, gullies and three hearth pits. During investigation of these features we found some distinctly Iron Age pottery, animal bone and a hammer stone. 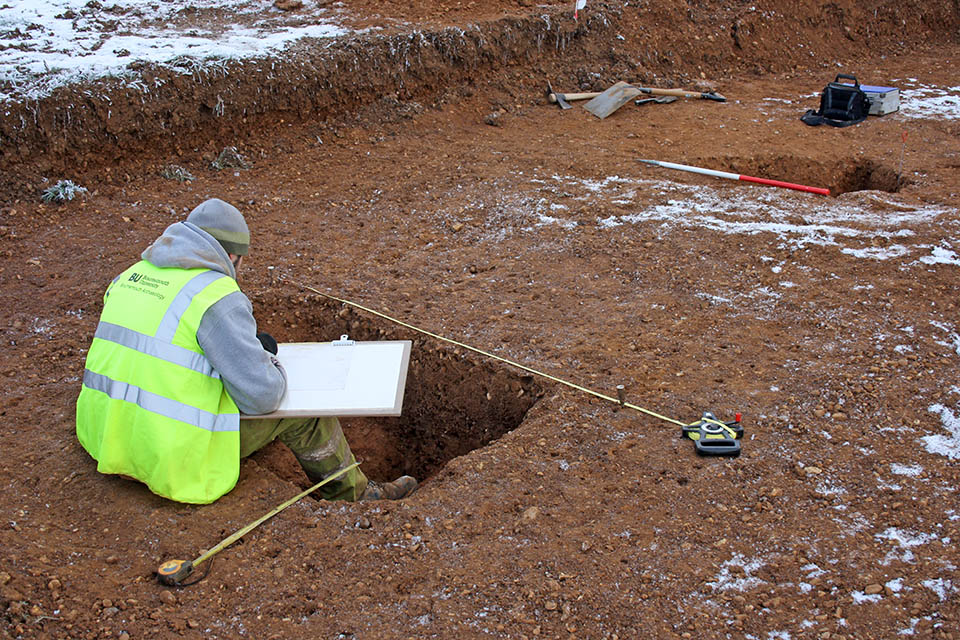 Drawing a ditch section on a cold and frosty morning.

Our work at Shelswell Park plays on our strengths of having one of the best equipped archaeological consultancies for geophysical survey equipment in the UK, as well as having extensive in-house capabilities encompassing heritage consultancy, archaeological mitigation project management, project design, landscape study, excavation and reporting.

Look out for future blog updates to find out more about the services Bournemouth Archaeology offers and the projects we undertake.