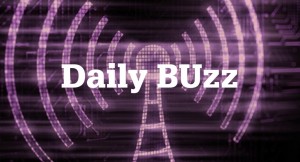 On Friday last week it was announced that Universities Minister Jo Johnson has commissioned HEFCE to prepare the implementation of the Knowledge Exchange Framework (KEF) policy, which will be managed by Research England (RE) from April 2018. The development of the KEF metrics system was announced in October this year, with the aim of providing data to allow a fairer comparison between higher education institutions’ performance in knowledge exchange. The data will help to “drive improvements in universities and promote accountability, responsiveness to economic and societal needs and a more effective use of public funds”.

Higher education institutions and other stakeholders have been invited to complete an online survey issued by HEFCE by the end of January 2018. The findings of the survey will be fed back to the technical group, chaired by Professor Richard Jones FRS, University of Sheffield, to help establish what kind of approach and data will be most appropriate to develop the KEF metrics system. The technical group will feedback to HEFCE and RE, to allow RE to consult the higher education sector and other stakeholders on specific proposals in spring 2018, finalising KEF in autumn 2018.