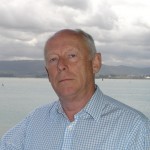 John Edwards originally trained as a chef and, following experience in the foodservice industry, was commissioned into the Army Catering Corps where for 25 years he held a variety of technical appointments in the United Kingdom, Australia, Cyprus, Germany, and the United States. He has degrees in Foodservice Administration (BSc Hons), Food Studies (MSc) and a Ph.D. in Food Studies with Human Nutrition; the latter being followed by a Post-Doctoral appointment in the United States of America as a Principal Investigator at the US Army Research Institute of Environmental Medicine.  He joined Bournemouth University in 1992 as a Professor, a position he held for 20 years. He has written extensively on various aspects associated with foodservice. 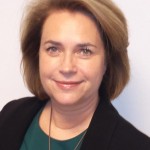 Christel HANICOTTE has an extensive experience in Marketing of catering services in particular for Education and Health. After receiving her degree in Marketing from a French Business school she worked in sales for EUROP ASSISTANCE, an international company in Assistance to travelers.  Then she moved to COMPASS GROUP PLC  in 1991 where she had positions in sales and marketing for the Education and B&I markets during 10 years. In 2002, she joined ELIOR Group where she occupied various positions. She is now Marketing Director for healthcare market.