During the month of July, Bournemouth Archaeology was involved in an exciting Festival of British Archaeology project in collaboration with the New Forest National Park Authority as part of their wider Heritage Lottery Funded ‘New Forest Remembers – Untold Stories of World War II’ project. This project was established in 2012 to address the lack of survey work, knowledge and understanding about the New Forest’s role in World War II. 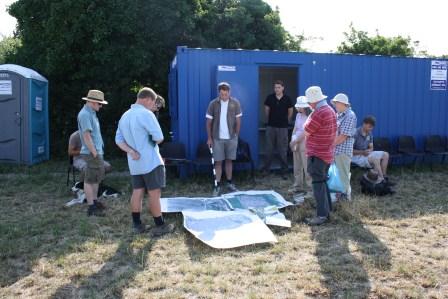 Working alongside a number of keen volunteer members of the public, we have been engaged in the excavation and geophysical survey of features relating to a WWII anti-aircraft gun battery; part of the Needs Oar Point advanced landing ground at Park Farm on the Beaulieu Estate. The airfield and associated features were returned back to farmland in 1945, which included backfilling subterranean features, such as the gun emplacements, with a bulldozer.

Although the gun emplacements are now invisible on the ground surface they do show up in aerial photographs as crop marks, along with a large pre-WWII square-shaped enclosure immediately adjacent to the gun battery, which we also took the opportunity to investigate in some of our trenches. 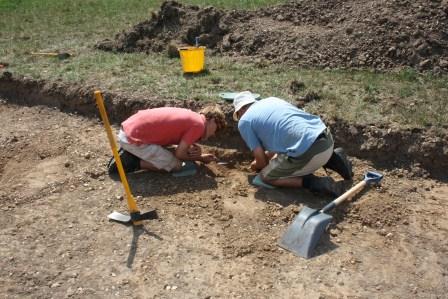 Over the course of the project, the enthusiastic and knowledgeable volunteers participated in a range of activities including metal detector prospection, used to locate small sub-surface finds, and played a key role in helping to identify the artefacts we uncovered, including: regimental buttons, eating utensils, spent ammunition and artillery shell fuse covers. They also got stuck in with their mattocks and trowels, revealing evidence of the more substantial features at the site, which they were then able to record. 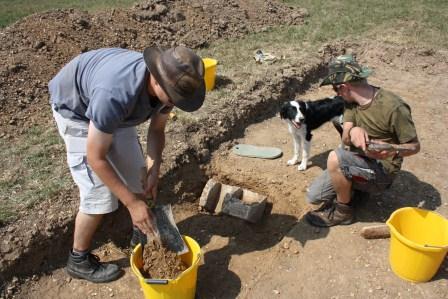 On Saturday 20th July, a delegation of volunteers from the Young Archaeologists Club, Southampton, also paid a visit to the site and spent the day joining in with the metal detecting, excavation and finds processing. It was great to have so many enthusiastic young archaeologists eager to get involved. 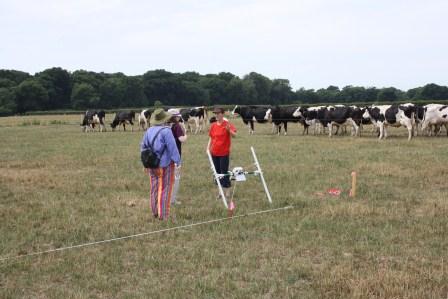 In addition to all the hardworking volunteers who took part, Bournemouth Archaeology would also like to thank Frank Green,  James Brown, Lawrence Shaw and Gareth Owen who represented the project on behalf of the National Park Authority.

Now that we have decamped from site, the process of processing the accumulated data and finds in preparation for the creation of a report has begun.

Be sure to check back for follow-up blog entries over the coming weeks.