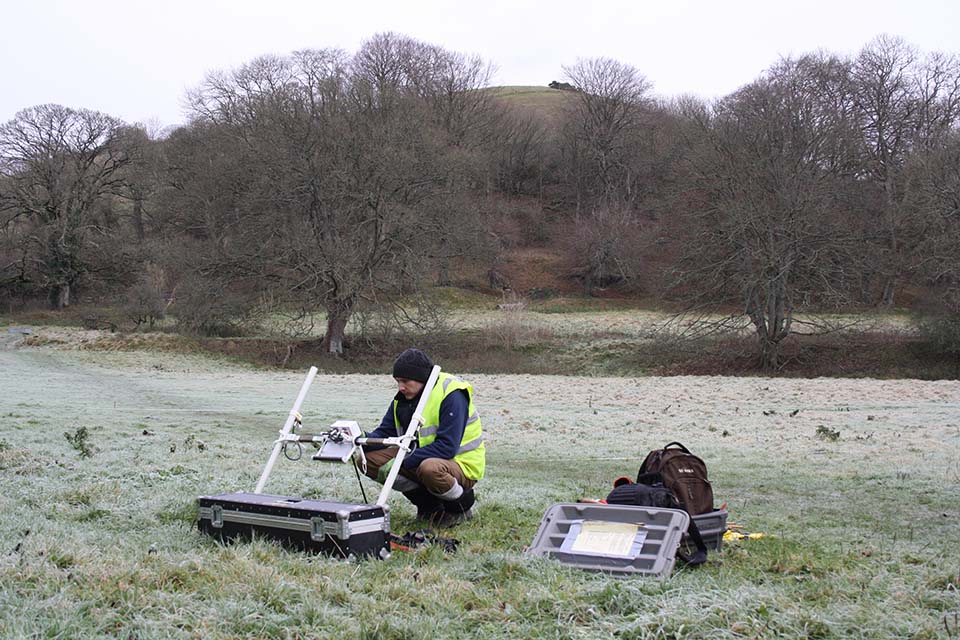 Over a very wet and cold winter Bournemouth Archaeology has been working on a geophysical survey in Cerne Abbas, Dorset, on the supposed site of the Benedictine Abbey around which the village grew.

Following liaison with English Heritage and the granting of a Section 42 licence our geophysical survey team have been carrying out a magnetometer survey, using Bartington Grad 601-2 fluxgate gradiometers, and a resistivity survey over the same area with the Geoscan RM15-D Resistance Meter. The exact location of the Abbey is unknown and today all that remains are the Guesthouse, Abbey Barn, and Abbot’s Porch. The main focus therefore was to survey a plot of land to the immediate east of the Abbot’s Porch, north of a small cemetery, where some evidence might exist. 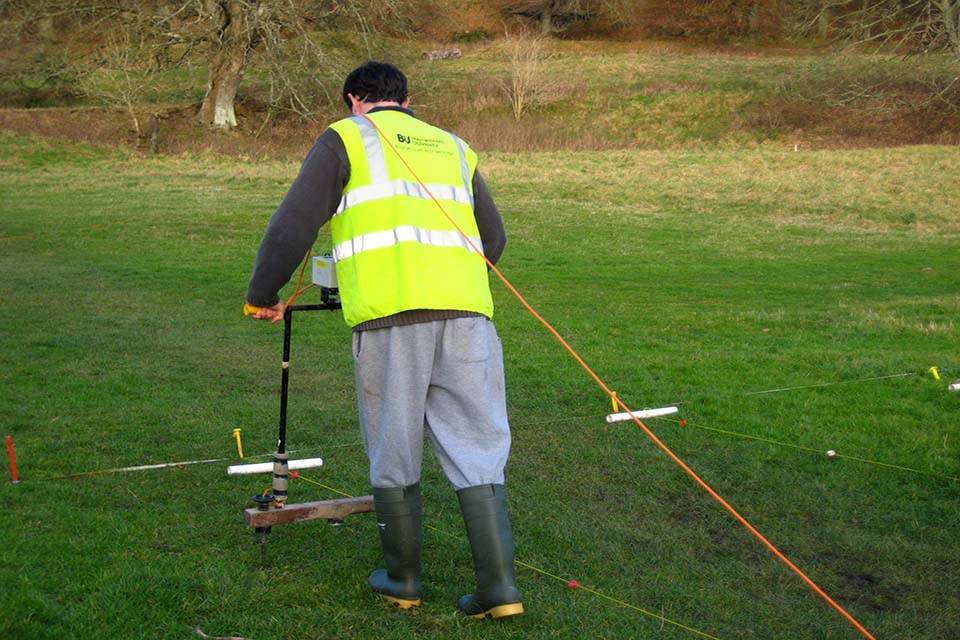 The Abbey at Cerne Abbas was founded in AD 987 and became a significant landowner, dominating the area for more than 500 years. However, in 1539 the Abbey surrendered to Henry VIII and was mostly destroyed; the Abbey lands subsequently passing into private ownership. The Abbey itself fell in to ruin and was probably used as a quarry for building material. Using a little detective survey work it is still possible to find some recognisable fragments of the Abbey which have been re-used in the construction of houses and other buildings around the village.

So far the survey results have been very encouraging.  By overlaying the results from both geophysical techniques we have been able to identify a number of anomalies which may prove that some sub-surface evidence of wall foundations do indeed survive. Following consent from English Heritage, and working alongside Cerne Abbas Historical Society, the next phase of the project will be to excavate a number of test pits to try to locate the foundations and start to map the layout of the Abbey.

Bournemouth Archaeology Project Manager Jonny Monteith will be giving a talk on the results of the survey and the next phase of the investigations to Cerne Abbas Historical Society on the evening of 28th March.

Find out more about our services here.