“Be a researcher for a day” was an outreach event organised by the European Commission. For two days (19-20 September), 14 Researchers brought science closer to the public running workshops targeting children aged between 6 and 12 y. Those researchers have all benefited at some point in their career of the Marie Skłodowska-Curie actions, the EU funding scheme for researchers.

Camilla Masi and Serena Trapani from University of Florence, Italy run a practical session called -“Can I trust my senses?”- that was focused on sensory science, in particular on the mechanisms of sensory perception and the tasting of olive oil.

In the first part, children were asked to look at, smell and recognise the odour that they perceived in eight coloured and flavoured solutions. Four colour (blue, green, red, yellow) and four odours (banana, liquorice, mint, strawberry) were selected and eight solutions were prepared with congruent and incongruent associations between colour and odour. This game let children understand how our senses work. In fact, for example, when children smelled the strawberry odour in the blue solution, they said “it is a candy”. When they smelled the same odour in the red solution, they said “it is a strawberry candy”. The congruence between colour and odour help us to recognise the odour. At the same, the colour can cheat us, for example when children smelled the banana odour in the green solution, they said “it is mint”, because they associated the green colour with the mint odour. 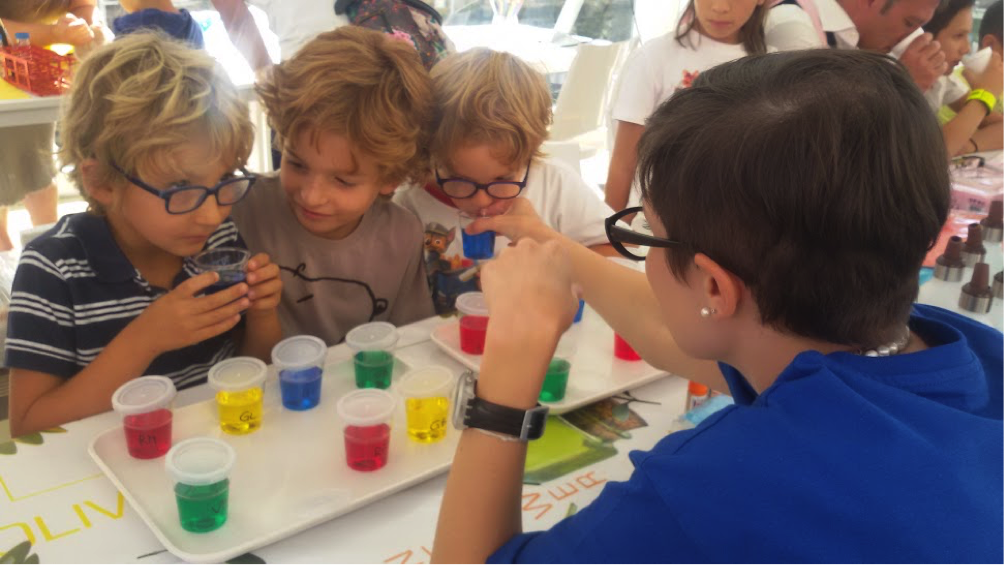 In the second part, with the aim to learn more about sensory perception, children performed olive oil tasting “as official tasters”. They evaluated two kinds of oil samples: an extra virgin olive oil of high quality and a lamp oil. The tasting begins with the analysis of odour : green and fruity notes were easily recognised for the extra virgin olive oil while lamp oil odour was described as “paint/ink” . The tasting continued with placing in the mouth extra-virgin olive oil and bitter and spicy sensations that characterises the quality oil were easily recognised. 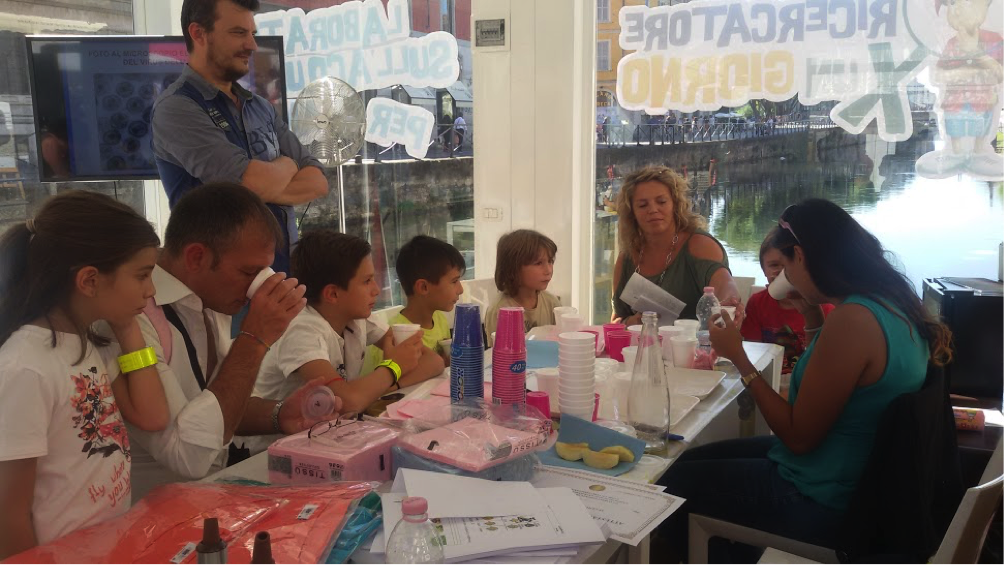