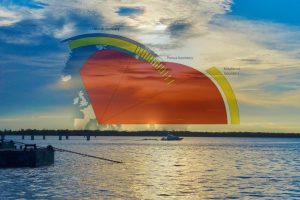 Environmental laws are binding and enforceable tools that constrain human impacts on the environment, but how effective are they at keeping humanity away from critical planetary boundaries?

Environmental laws are intended to prevent environmental degradation, protect and enhance environmental quality, or promote sustainable development. Legislation functions to designate and protect the sites, ensure strict protection of vulnerable species populations from a range of threats, and regulate the sustainable use of more robust populations. Following the rise of environmental movements in the 1970s, environmental laws are credited today with numerous successes. For biodiversity conservation in Europe, Directive 2009/147/EC on the conservation of wild birds and Directive 92/43/EEC on the conservation of natural habitats and of wild fauna and flora have had a positive impact on species conservation status. In the USA, the Endangered Species Act (ESA) of 1973 is similarly credited with having been instrumental in the recovery process of many listed species.

The necessity of effective legislation

Legal instruments are unique binding and enforceable tools when compared to other conservation approaches which heavily rely on the willingness of authorities and private players to respond, thus can easily be disregarded. The strength of legal instruments for environmental conservation stems from a conjunction of particular traits. Public interest standing, provides a means to defend the environment against destructive human activities. Further, scientific evidence gains importance when used in connection with legal instruments. The judiciary plays a significant role in ensuring the rule of law and to hold governments as well as private actors accountable for violations of environmental law. However, the effectiveness of environmental law can become vulnerable to political pressure.

The safe space for mankind must be protected from human activities that breach planetary boundaries by using effective environmental legislation. The duty of states to protect the ecological integrity of the planet can be realised by effective law. In other words, legal boundaries must translate the physical reality of a finite world into law and thereby delimit acceptable levels of human activity. However, because laws are political constructs created by human societies, they are — for good or bad — amenable to adjustments, modifications or suppression according to social and political changes and interests: what a law can do can be undone by another law. Planetary boundaries on the contrary have a fundamentally different nature: they are immutable facts emerging from the bio-geophysics of planet earth and are immune to political pressure. The scope and functioning of legal boundaries become therefore fundamental to ensure that planetary boundaries are not transgressed, or when already transgressed, that human activities are appropriately scaled down. A critical test of legal boundaries’ effectiveness is whether, when human activities collide with them, they hold, become porous or are pushed beyond planetary boundaries.

The dynamics of biodiversity laws and their consequences remain poorly investigated and understood by conservation scientists. Evidence suggests that ongoing catastrophic collapse of biodiversity can be remedied by legal instruments when properly implemented, yet politicians remain tempted to use various tactics to render legal instruments toothless. Due to the demands of the election cycle and markets, short-term goals are often pursued at the expense of long-term environmental interests. Biodiversity legislation can be modified through various avenues of public policy process. Laws can be changed directly by legislative or executive acts. Sweeping changes can be introduced by constitutional amendments or international agreements. Additionally, laws that remain constant on paper can nevertheless be changed in practice through evolving jurisprudence, administrative discretion or political interference. Finally, governments may simply disregard their legal obligations, without even changing the laws.

The nature of these changes is often very technical but has considerable long-term impact. Changes include modifying the target and nature of protection, reducing the consideration of biodiversity while increasing the importance of other factors, limiting access to justice or abusing the rule of law. The diversity of tactics that have been used or attempted to make biodiversity laws less effective is startling but is entirely consistent with patterns of accelerated biodiversity loss. In turn, effective biodiversity laws may become globally threatened. Some flagship laws are particularly targeted with more than 200 direct attempts at weakening or dismantling the US ESA recorded during the past five years.

It is our contention that conservation scientists are poorly prepared to address this emerging indirect but fundamental threat against biodiversity. The dialogue between legal and ecological scholars is still very limited. Too often, laws, lobbying and litigation are viewed with suspicion by conservation scientists who may show reluctance towards confrontational approaches to preserve biodiversity. As a result, the conservation community is often taken by surprise and reacts a posteriori to the consequences of weakening environmental laws. It is unfortunate that litigation is discarded simply because using it might undermine some stakeholders’ long-term support for the strong legislation involved. Furthermore, by failing to engage with legal scholars, valuable opportunities to impact legal development and inform legal scholarship are lost. And despite widespread recognition amongst environmental jurists that some degree of knowledge about the natural world is necessary for environmental law scholarship, there are barriers to collaboration on the legal side as well. Further, because co-authored publications are unusual in the legal academy and are often discounted by law faculties, legal academics may be discouraged from participating in interdisciplinary scholarship. Thus, stubborn walls between disciplines must now be torn down as an increased collaboration between legal scholars and conservation academics is urgently needed.

A concerted effort is required to make the most of biodiversity laws for conservation. This entails, inter alia, an immediate need to assess at a more detailed level the many laws’ strengths and weaknesses and whether they are fit for purpose. In addition, a better understanding of when litigation is possible and likely to deliver results. To that end, conservation scientists may, volunteer to be involved with law student clinics doing pro bono litigation on behalf of environmental organizations. These clinics are common in the United States, though less so elsewhere. Interdisciplinary teams of legal scholars and conservation scientists practicing litigation would improve our understanding of the functioning of environmental law, test successful strategies in blocking damaging policies and identify legal loopholes that need to be filled. Conservation scientists should focus more on collaborating with legal scholars or practitioners to produce ecological knowledge that is useful for public interest environmental litigation and similar approaches, instead of incrementally collecting more ecological data that is unlikely to be forced into the policy making process. Special attention must be paid in this regard to the challenges pertaining to the application of conservation legislation in many developing countries. There is a need to have a strategic monitoring of forthcoming legal changes that may hinder the conservation of biodiversity. Thus, constant surveillance of parliamentary bills before they are voted on, analysis of their consequences and lobbying to affect the law-making process. The landscape of political threats against biodiversity laws needs to be mapped to understand which keystone actors steer attempts at weakening laws. Furthermore, conservation scientists and legal scholars should engage together in political lobbying, by writing model bills that can be utilized by members of parliament. In regards to wildlife conservation, laws could be improved by codifying and strengthening the public trust doctrine under which nature and wildlife are held in trust for the public, and must be preserved for future generations instead of being confiscated by private interest groups.

While some conservation scientists may feel uncomfortable engaging in the political process to address the environmental crisis, it is a legitimate activity and part of our academic duty. So far, reaching biodiversity targets has proven to be a chimaera: 2010 targets committed by world leaders in 2002 through the Convention on Biological Diversity were missed and the 2020 biodiversity Aichi targets are also on the way to being missed. These targets aim for a significant reduction of the loss of biodiversity; it is our contention that meeting them requires adopting a principle of non-regression for the environmental laws intended to effectuate them. According to the principle of non-regression, which has its origins in human rights law, certain laws establish fundamental norms that are in the common interest of humanity and should not be encroached upon. Thus, the politicians may not hesitate to adhere instead to a principle of systemic regression of environmental law to accommodate the wishes of influential interest groups. Advocating a one-dimensional reliance of conservation on law is futile, as other instruments and approaches can be crucial too, however, the law is a forceful and crucial weapon in the battle to reverse the biodiversity crisis, which remains underutilized. Conservation scientists need to pay much more attention to finding, using and improving legal ammunition than they have until now and conclude that increased informed political and legal engagement is required to secure, improve and fully use legal instruments to preserve biodiversity and avoid transgressing other planetary boundaries.

One Response to “Bolster Legal Boundaries to stay within Planetary Boundaries”