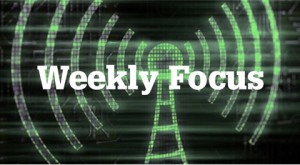 A new British Council report ‘Broadening Horizons: Addressing the needs of a new generation’ has revealed only 18 per cent of UK undergraduates surveyed said they were interested in overseas study, down from 34 per cent in 2015, while 70 per cent were not interested and 12 per cent remained unsure.

In its fifth year, the Broadening Horizons series explores the drivers and barriers relating to the study abroad of UK students. This year the survey engaged with 1,033 UK-domiciled students. The top academic barrier to studying abroad was that the UK provides the highest quality education globally (36%). However, a range of non-academic barriers were cited as:

However, students indicated they would have more interest under certain circumstances:

“Today’s students face a quickly transforming world and have to contend with instability on a number of fronts. The UK’s place in an unpredictable global environment remains undefined, the pound sterling remains weak while political and economic shifts have left young people feeling lost and uncertain about their future. As a result, messaging regarding the benefits of study abroad, particularly those related to employability, must take into account this unique set of circumstances in order to effectively incentivise students to take a risk and go overseas.”

Despite a variety of evidence demonstrating international mobility with better jobs and salaries prospects in the UK, the dissemination of these findings to students needs to be improved to highlight the benefits of international experience despite the costs. The report identified that students still perceived:

To inspire UK students to benefit from international experience the report recommends a range of improvements which include institutional-wide messaging earlier in the student’s higher education experience, building stronger partnerships and new funding streams and technology.