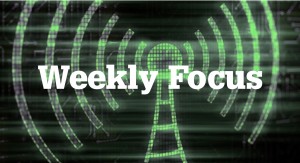 A London-based consulting firm, Firetail, that helps organisations around the world achieve positive social change, has released a report on global higher education trends including higher education institutions (HEIs) set to challenge the ‘elite’ in the next decade.

“Class of 2030: Which Universities Will Rise – and How Will They Do It?”  analysed research citation rankings of the top 2,000 universities worldwide; reviewed strategic planning documents, annual reports, leadership statements, prospectuses and policy approaches; conducted interviews of key individuals across universities, and; analysed both organisational and national features.

The research revealed that government policy is ‘a major factor in the strength of a national HE ecosystem’, which allows universities to pursue their potential.

Online courses have also become significantly popular as a new trend of capitalising on education. 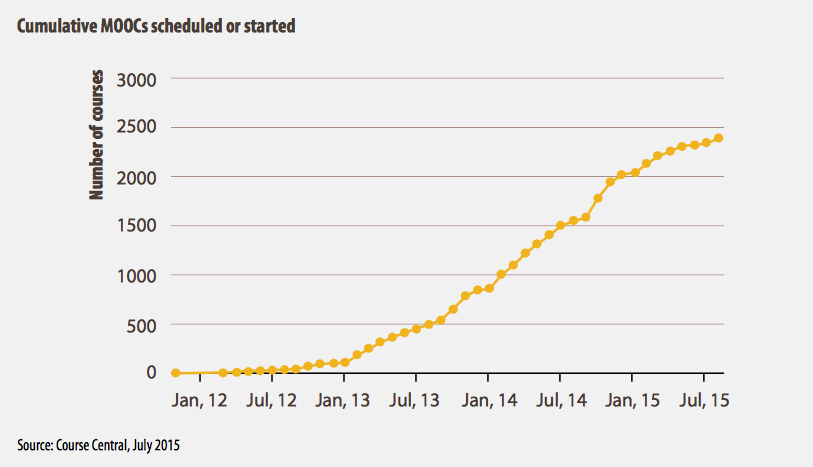 The report develops a ‘national index’ as part of Firetail’s assessment of universities. The ‘Potential Class of 2030 Universities’ is arrived at using ‘three equally weighted variables across 2008-2013’.  They present it as the following: 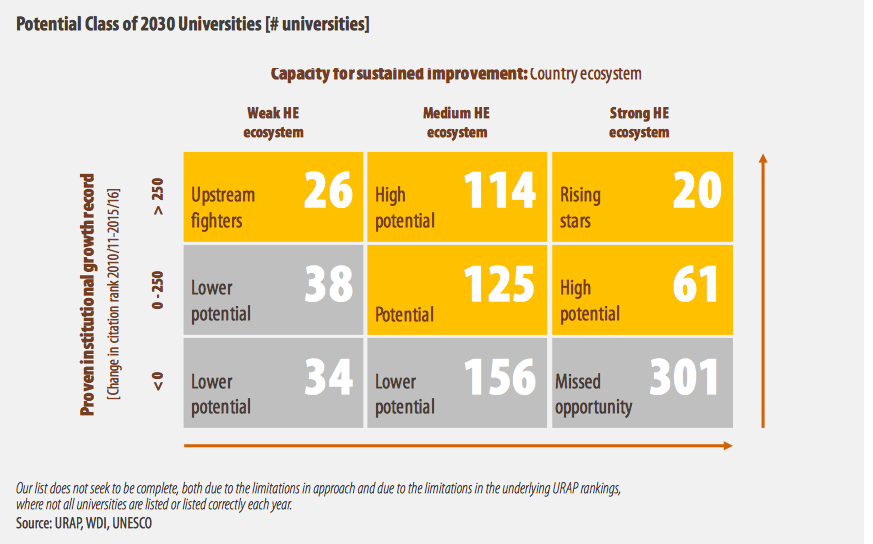 They found common factors in what they felt were universities that will succeed in the coming years, where a total of 346 HEIs were identified as potential candidates for the Class of 2030. 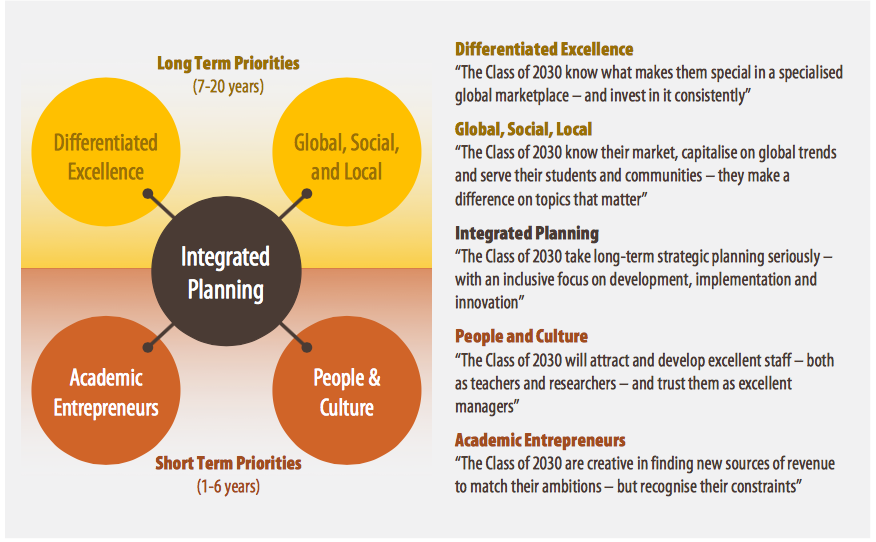 ‘Developing a long term vision relies on strong leadership and a clear strategic analysis that is open to structural change and innovation. The leaders we spoke to were focused on imaginative opportunities for growth even where budgets were under pressure. Most would agree that they excelled at some of the five aspects listed above, but none excelled at all five.’

The report suggested that universities should develop a structured approach whereby they should be ‘locally relevant, socially aware and globally connected’.

The research points to five key areas to consider pursuing:

It provides ‘checklists’ for universities, so that they may strengthen their strategic outlook.

The report suggests that the key characteristic of universities that will rise in rankings over the coming decades is strategy.

‘The rising “Class of 2030” will balance long-term vision with short-term execution, linked together by strong management and culture.  They will have a clear view of the changing world and their role in it, and a robust plan to get the resources, people and culture they need to be successful. They will innovate, harnessing new partnerships, new networks, new resources and new institutional models.  The outward-looking and impact-focussed institutions will beat the inward-looking and complacent.’

All images are taken directly from the report.