Please see below for details of next week’s NRG talk in the Screening Room (W240). Martin Barker is an internationally renowned researcher in the field of audience studies and this promises to be an excellent session! 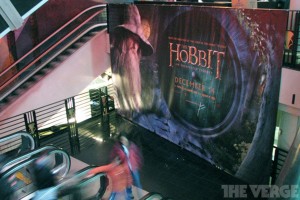 “Catching Dragons in Flight”: Tracking the Changing Place of ‘Fantasy’ in Contemporary Culture

In the last twenty years, huge changes have occurred in the way ‘fantasy’ is made, received and understood, particularly (but not only) within European and American societies. From being simply dismissed as infantile, or traduced as a mark of disturbance, fantasy has moved to take on strong political overtones: witness the adoption of masks from V For Vendetta by the ‘Occupy’ movement, the adoption of Avatar’s blue colouring by environmental protestors, and the banning in Thailand of the three-finger salute from The Hunger Games after its adoption by protest movements. But equally, witness the waves of unease greeting the success among women of Fifty Shades of Grey. By happenstance I took on studying fantasy’s audiences in two enormous international projects, just as this change crystallised with Peter Jackson’s film trilogies of The Lord of the Rings¬, and then of The Hobbit. In this presentation, I will try to throw some general light on the changes that are taking place, and what light in particular audience research can throw on what is happening.

Martin Barker is Emeritus Professor at Aberystwyth University. Across a long research career, he has explored a wide range of issues and topics, including: contemporary British racism; comic books; media controversies, and scares about ‘violence’; a range of films, from The Last of the Mohicans, to Crash, to Judge Dredd, to the cycle of Iraq War films. In the last 25 years, he has focused in particular on film audiences, and how to study them. In 2006 he was contracted by the British Board of Film Classification to research audience responses to screened sexual violence. In 2003, and again in 2014, he led international audience research projects into responses to the film trilogies of The Lord of the Rings, and The Hobbit.