You are here: Home > Lingling Wei – The internal morality of Art. 17 DSM Directive 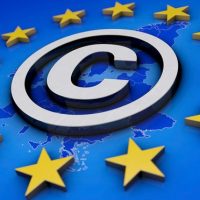 The legal regulation of Internet intermediaries is moving to its third wave. The first wave was the development of secondary liability principles of Intellectual Property rights infringement in the cyberspace. The second was the establishment of safe harbour provisions for certain broad categories of intermediaries. The third wave is still at its early stage and is characterized by the introduction of different standards of liability for ‘large’ intermediaries, relying partly on the use of algorithms and smart technologies.  The Information Technology Act of India, Article 17 of Digital Single Market Directive of EU, and E-commerce law of China are all part of this move and the respective approaches they have adopted are all different.

The third wave of development responds to the challenge brought by technology and business model innovation including the influence from the trend of algorithmic regulation,   the change of the status of the “dominant” intermediaries in terms of their market power and financial resources possessed and the stronger lobby influence of IP rights holders. In this connection, the above mentioned legislation, in particular Article 17, has been subject to extensive socio-political debate and jurisprudential scrutiny in terms of consistency with existing legal frameworks.

However, the debate has not yet benefited from the engagement with traditional jurisprudential models, which Andrew Murray has advocated for the law-making in digital world. In particular, Lon Fuller’s principles of internal morality have been applied in evaluating the law making in cyber world.

To enrich the debate on the new wave of legislation of internet intermediaries liability, this article revisits Fuller’s principles and apply them in the current technology, business and social context to analyse the Article 17 in EU.

Study on Illegal IPTV in the European Union now published
Alison Cronin – Regulation by Information: Democratic deficit and the dangers of the new regulatory paradigm